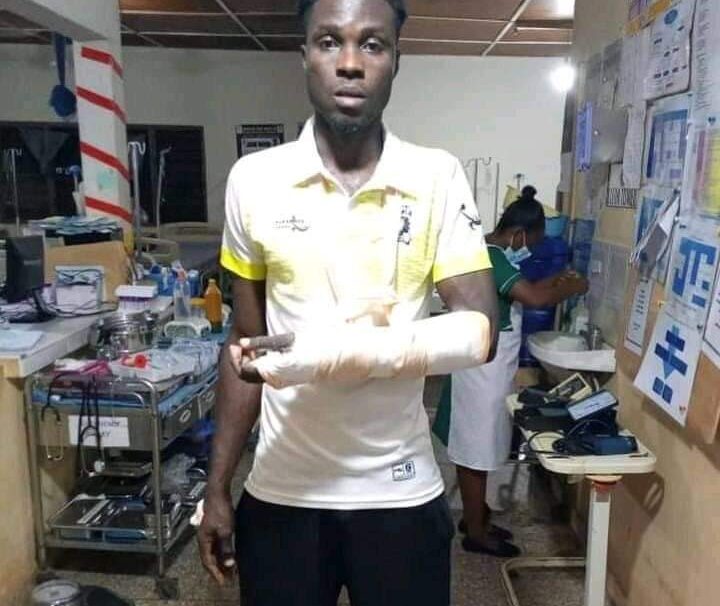 Bechem United attacker Hafiz Konkoni has been ruled out of action between 6-7 week following his injury against Hearts of Oak in the matchday 24 of the Ghana Premier League.

The attacker suffered a fractured arm during the game and was rushed to the Hospital immediately.

Scans at the ST. john of God Hospital Duayaw Nkwanta have revealed that the striker has suffered a fracture of the left arm and will be out of action for several weeks.

The player has since been discharged from the hospital and will continue his rehabilitation at home.

It’s uncertain if he will recover fully on time to play any part in the ongoing season.