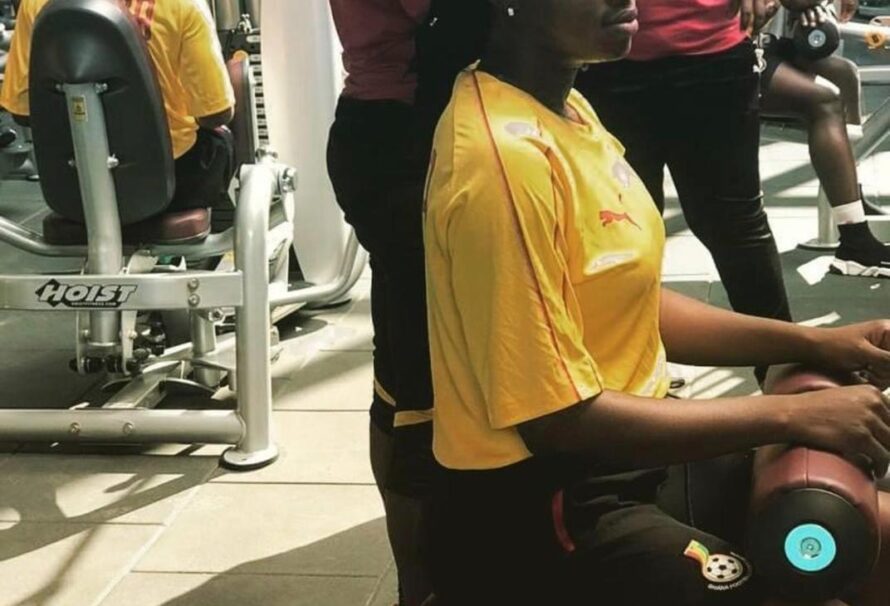 Black Princesses player, Barikisu Abdul- Rahman has undergone a successful post-surgery review after surgery was performed on her fractured leg about four months ago at the Korle Bu Teaching Hospital.

The Pearl Pia Ladies midfielder sustained an injury during a preparation trial game between the Under -17 female team, Black Maidens and the Under-20 female team, Black Princesses on October 10, 2020 at the Cape Coast Stadium when both teams were preparing for their various World Cup Qualifiers.

Barikisu had a crash with the U-17 goalkeeper during the training match which resulted in a fibula fracture. She was rushed to the Cape Coast Teaching Hospital for initial assessment before onward transfer to the Korle Bu Teaching Hospital where the surgery was performed.

The Ghana Football Association through the newly instituted Medical Fund catered fully for the cost of her surgery and review.

Two other players, Sandra Atinga and Linda S. Minta from the U-17, Black Maidens are being prepared to undergo similar surgical procedures in the coming days to be funded by the newly established GFA Medical Fund.

The Association will soon launch a drive to solicit more support for money into the GFA Medical Fund to assist players who get injured during national team duties.