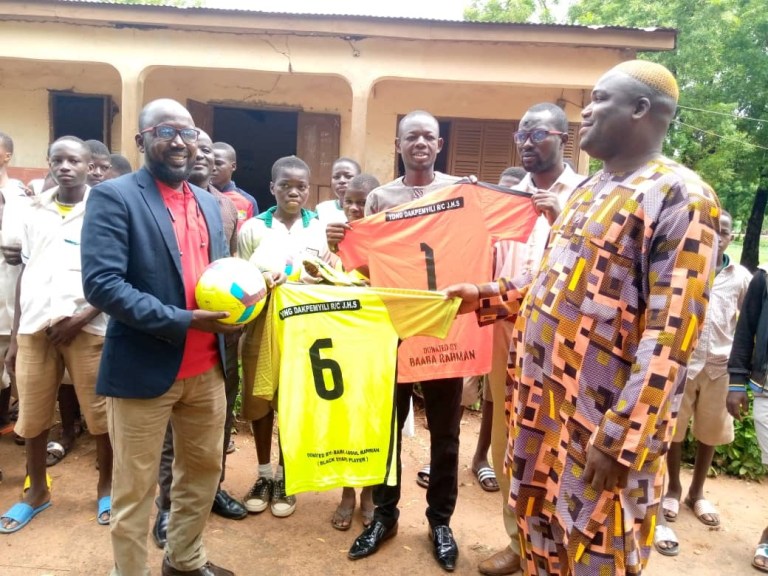 The items included set of football jerseys, footballs and stocks to the various schools and it was delivered to them on Thursday 3rd of June 2021 at the premises of the schools.

Baba Rahman who is currently in camp with the senior national side, Black Stars had the items delivered on his behalf by his brother Alhaji Baba Sulemana.

Alhaji Baba Sulemana upon presenting the items Our Lady Of Fatima JHS, he delivered a message on behalf of his brother of which he said “the intention of the agile left-back is to see another Baba Rahman or someone much more better than him emerge from the school in the coming years”

“Baba Rahman started playing football when he was in the school just like you people and now he has raised to stardom and so can be any of you in the near future” he added.

Same message was delivered when the donations were done at the premises of Dakpem’yili JHS by Alhaji Baba Sulemana.

Baba Rahman spent last season on loan at Greek side PAOK FC from London side Chelsea Football Club during the winter transfer window in Europe.

He enjoyed a very successful season with the Greek outfit as he ended the season as champions of the Greek Cup.