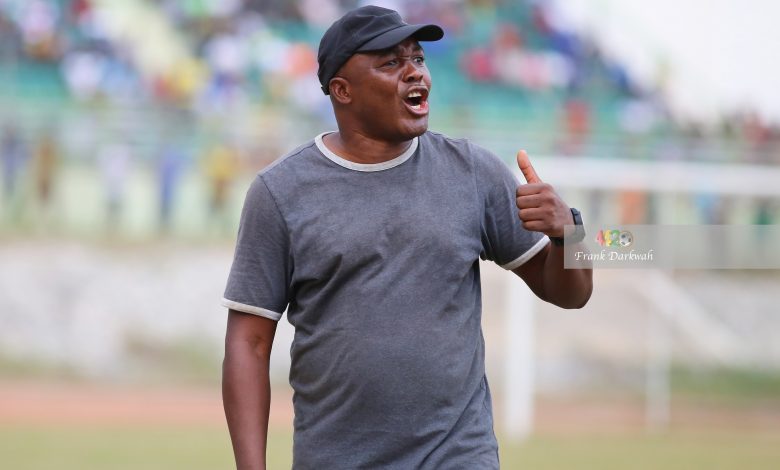 Elmina Sharks head coach Yaw Acheampong has resigned from his post 24hours after his side’s defeat to Legon Cities.

The former Ghana International tendered in his resignation letter to the club on Thursday 25 February, 2021 citing personal reasons.

The assistant coach Felix Aboagye has also parted ways with the club following the expiration of his contract.

Elmina Sharks owned by Politician and business mogul Dr. Paa Kwesi Nduom are suffering a lot with the owner currently in the USA receiving medical attention.

Two of their best players Benjamin Tweneboah and Benjamin Arthur have also left the club after the club failed to renew their contract.

They are currently 14th on the League table with 17 points to show after 16 games.

Yaw Acheampong joined the club in 2017 replacing Kobinah Amisah who qualified the club to the Ghana Premier League.

He has previously managed Inter Allies and Ashantigold.