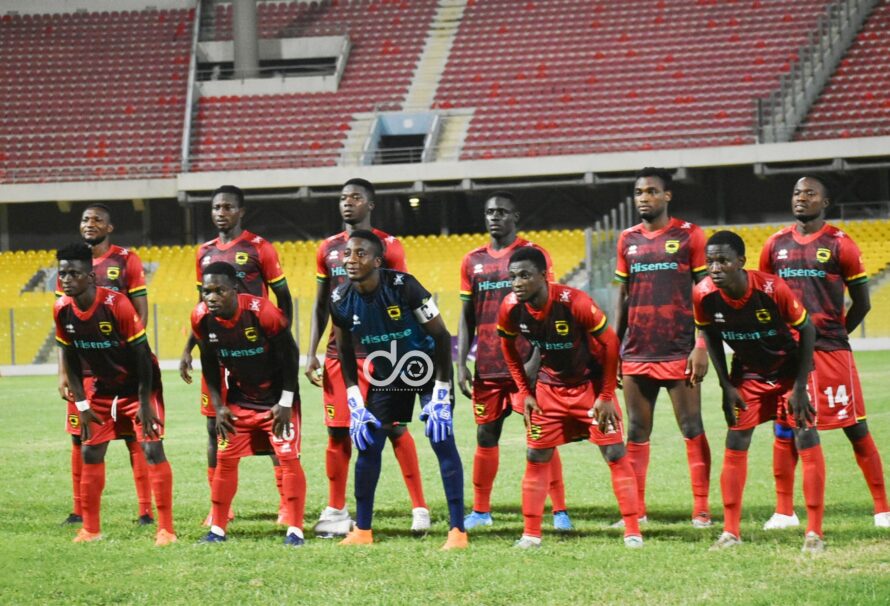 Asante Kotoko have been booted out of the CAF Confederation Cup following a goalless draw away at ES Setif on Sunday.

The Porcupine Warriors are eliminated on the aggregate score of 2-1 following their first leg defeat suffered at home to their Lageiran opponents.

Kotoko went into the game with a huge mountain to climb after losing the initiative to their opponents in the first leg at home.

Coach Johnson Smith named an unchanged side from the first leg in the game but it was the Algerians who consistently charged on their opponents for a goal.

On the day, Razak Abalora, Asante Kotoko’s Goalie was the difference as he thwarted all of the opponents efforts at goal.

He saved several dangerous moments for the Porcupine Warriors who barley threatened the hosts.

In the end, Setif makes it to the Group Stage of the CAF Confederation Cup while Asante Kotoko kiss the competition goodbye.

They will now switch their attention to the local league where they have 2 games in hand and a brighter chance of winning the trophy.