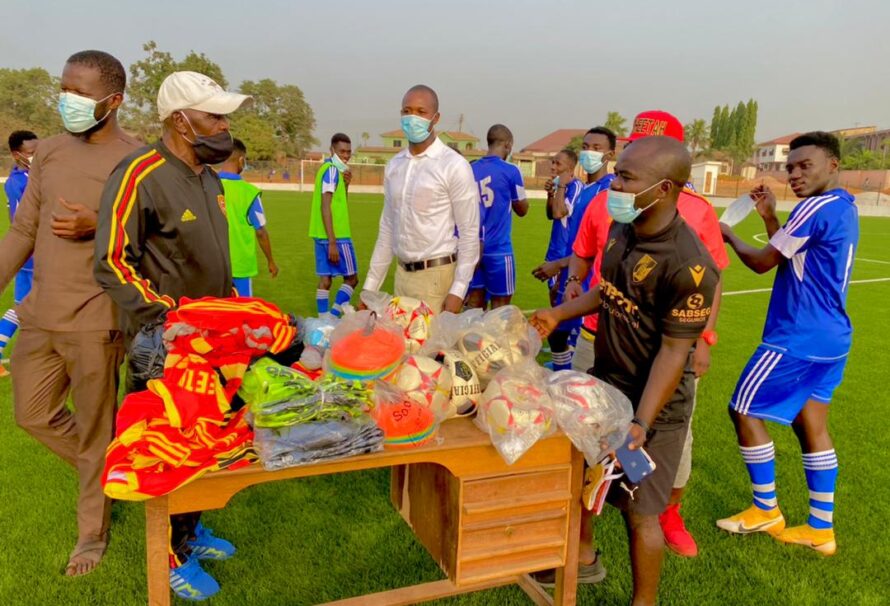 The President of Cheetah Football Club, Abdul Hayye-Yartey has donated some football equipment, including 20 footballs, two set of markers, two set of training bibs and a set of Cheetah Training Jersey to GIHOC FC, a juvenile club based in Kumasi.

The presentation was done during the team’s training session at the Atonsu new astro turf pitch in the Ashanti Region on Monday, 8th February 2020.

Yartey who is currently on another scouting duty in the Ashanti region to hunt for talents decided to make this gesture to the club as an appreciation of the talents he pucked from them some years back.

“I am currently on a scouting expedition in the Ashanti Region and I decided to donate these items to GIHOC, a club that has given me many talented players and also scout for more talents from the club.

“This is not the only presentation I will be doing, more will be done in the coming days” Mr Yartey said.

Yartey is on a 10-day scouting duty in the Ashanti Region to hunt for talented players to beef up his Cheetah FC squad ahead of the upcoming season.