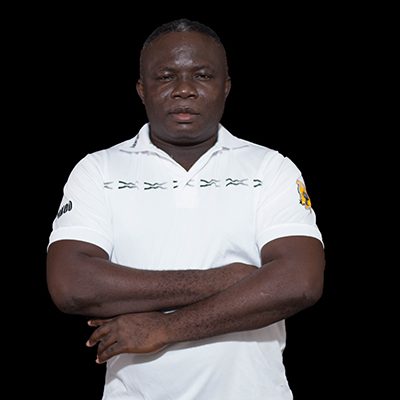 Accra Hearts of Oak have been hit with a major crisis following the resignation of goalkeepers’ trainer Ben Owu after the departure of head coach Kosta Papic.

Owu’s resignation swiftly followed reports that the Serbian trainer has resigned as the head coach of the club.

FootballMadeInGhana.com understands that Ben Owu was hinted on the club’s move to appoint a new goalkeepers’ trainer despite having a running contract with the club.

Following attempts by Hearts of Oak requesting for the availability of the goalkeepers’ trainer of Medeama SC, Owu thought it wise resigning from the post before he is sacked.

Insiders say a Hearts of Oak board member contacted a management member of Medeama SC over the availability of their goalkeepers’ trainer for a possible appointment by the Phobians.

The contacted member of Medeama SC broke the news to Owu who felt disrespected and insulted by the move, hence his decision to resign.

Owu’s resignation follows that of head coach Kosta Papic who resigned from his post in the mid-hours of Monday.

Owu becomes the third member of the technical team to resign after assistant coach Asare Bediako resigned six days ago from his post.

Bediako’s departure is shockingly followed by that of Papic and Owu.

Owu joined Hearts of Oak in December 2019 from AshantiGold SC after his four years spell with the Miners came to an end.

He has rich experience on the local scene having been goalkeepers’ coach for Sekondi Hasaacas, Medeama SC and King Faisal Babes.