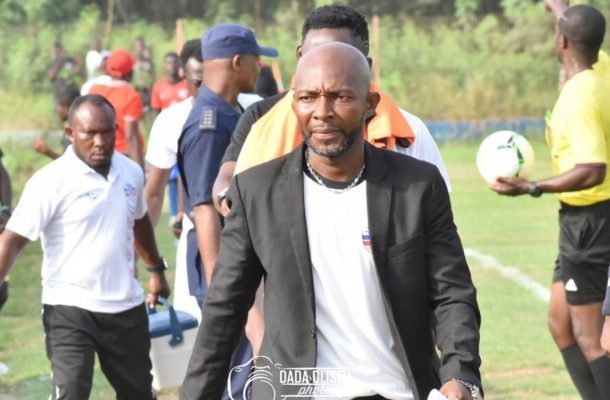 Head coach of Liberty Professionals David Ocloo has insisted his tactics worked into perfection following his side draw against Aduana Stars.

The Scientific Soccer Lads were held to a 0-0 at home  by the fire boys in matchday 12 of the Ghana Premier League on Wednesday at the Carl Reindorf Park.

Despite failing to win the game, the underfire trainer lauded the performance of his boys for following his instructions.

“The boys fought gallantly but it’s unfortunate we couldn’t convert the chances that came our way. They played well, played to our pattern, the strategy we came in with worked perfectly”

“But it’s unfortunate because the needed thing is not done and that is the only goal eluding us” he said.

The Dansoman based club are 16th on the table with 11 points after 12 matches.