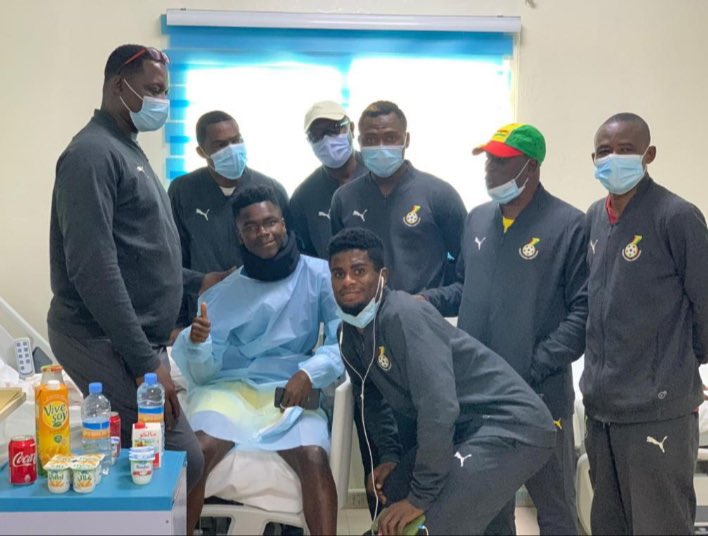 A delegation ftom the Black Satellites contingent in Mauritania has paid a visit to Sampson Agyapong at the hospital.

The Black Satellites player collapsed during the AFCON U-20 Group C clash with Morocco on Friday night.

The WAFA youngster lost consciousness completely after a Moroccan player’s knee landed straight in his face.

The medical team of the Black Satellites together with medical officials of Mauritania worked assiduously to revive the young player, who subsequently regained consciousness.

However, upon medical advise, Sampson Agyapong was kept at the hospital in Nouadhibou for observation by the medical team treating him.

A delegation paid a visit to the player on Saturday. Per their report via a tweet on the Ghana FA Twitter handle, Agyapong is doing well and is in high spirits.

Update: Per advise from our medical team and the doctors here in Nouadhibou, Sampson Agyepong had spent the night at the hospital. A delegation paid a visit to the player today. He doing well and is in high spirits. We are grateful for your prayers and support🙏🏾 #BlackSatellites pic.twitter.com/JvwC7CsCfy

Ghana who still top Group C on 4 points will next face Gambia on Monday.