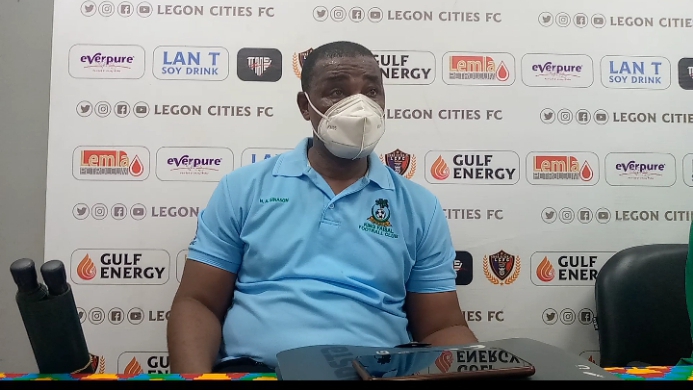 Head coach for King Faisal, Andy Sinason has opined that his team should have scored more against Legon Cities FC following their 1-1 draw in the Ghana Premier League on Monday.

The Insha Allah boys despite taking the lead were forced to settled for a draw following a late strike from Cephaz Doku.

Speaking to the media after the game, Sinason rued his side’s missed chances while citing that his lads could have finished off their opponent in the first half.

“So we came in aggressively in order to unsettle them. We created all the chances but once again we couldn’t kill the game in the first half.”

King Faisal are 17th on the League table after 14th games played in the Ghana Premier League.