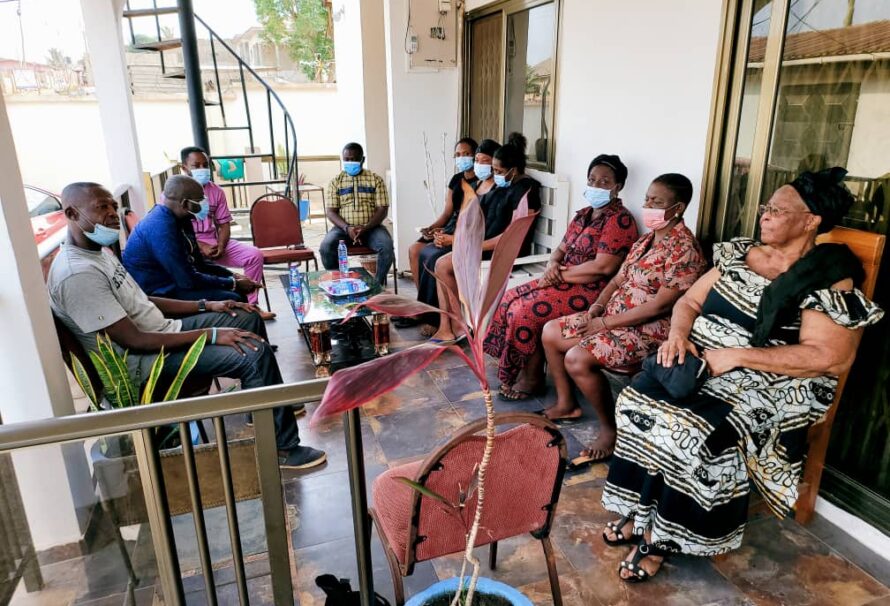 Members of the Division One League Board, on Thursday, paid a visit to the family of the late Justice Boison who died on Wednesday.

Led by Chairman Akwasi Agyeman, the team which also included Tophic Abdul Kadir (Sheikh) and Eugene Nobel-Noel expressed their condolences to the bereaved family and urged them to be strengthen.

The late Boison, a member of the Division One League Board, was reported dead on Wednesday afternoon after a short illness.

Boison, 58, passed on at home on Wednesday after visiting the hospital on Tuesday following complains of sickness.

Following the visit by the DOL Board who were shocked by the departure of their member, the family confirmed the death of Boison and narrated how the news shocked them.

The fine football administrator’s death comes as a shock to the football fraternity after he was actively involved in last week’s GHALCA Elections.

Boison contested for the Treasurer position but lost to Linda Ansong of Liberty Professionals fame.

He also contested unsuccessfully for the Executive Council seat of the GFA in 2019.

Justice Boison has had working ties with Cape Coast based Division One outfit Venomous Vipers on whose ticket he won the Division One League Board slot.

He was a former Hasaacas and Black Stars defender and until his sudden death, he was a management member of Pacific Heroes FC.

The family will announce funeral arrangements in the coming days.