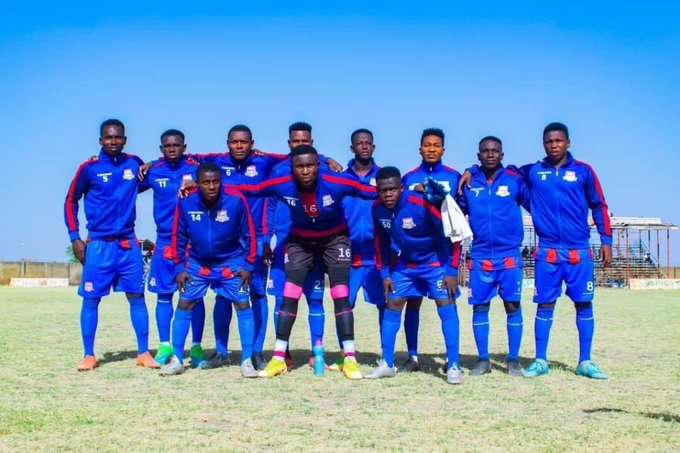 Young Apostles had their unbeaten run halted on Sunday at the Aliu Mahama Sports Stadium as they suffered a 2-0 defeat to Tamale City FC in a battle that was fiercely contested for.

The Division One League is picking up with some interesting results this weekend but the competition in Zone 1 is getting tougher.

The defeat to Young Apostles is their first defeat after an impressive start to the campaign and Real Tamale United came from behind to pick maximum points and their second victory in a row against Nkoranza Worriors.

After a defeat in their first game and having their outstanding game on Wednesday called off due security arrangements, Tamale City picked their first win of the season over Apostles while B. A. United emerged winners in a four goal thriller in Sunyani, with Wa Suntaa and Mighty Royals continuing their unbeaten start to the season.

In Saturday’s other game, Bofoakwa Tano recorded their first win of the season against struggling Steadfast at the Coronation Park.

Goals from Welbeck Takyi and Lawrence Arthur condemned Mohammed Gargo to his second defeat of the campaign.

Real Tamale United got off to a poor start against Nkoranza Worriors at home, but managed to make an admirable comeback late on in the game.

Mohammed Sadat scored two goals in the second half as the Pride of the North came back from a goal down to snatch a last-minute win against a spirited side on Sunday.

Mighty Royals and Wa Suntaa FC’s unbeaten run to the season continued during the weekend as both sides won their respective home games.

At the Malik Jabir Park in Wa, Suntaa went into the encounter with a huge opportunity to pick all points after an impressive away win over Unity FC last week.

And despite several threats from the away side, Suntaa were easily the better team on the day as they made light work of Techiman City.

Both keepers seemed like they would not be beaten, but Hakim Ibrahim evidently had other ideas as he got the only goal to give care taker coach Abdulai Nurudeen’s  men the win, condemning the away team to a harsh defeat.

Amos Opoku Annor and Asante Yeboah Joachim were on the score sheet as Mighty Royals’ unbeaten start continued with a 2-0 victory over Unity FC.

In other games, B. A United picked their first win in a four goal thriller at the Sunyani Coronation Park against Nsoatreman FC while Berekum Arsenal beat Yendi Gbewaa 2-0 at the Golden City Park.

Paga Crocodile jumped to the 6th spot on the table after thrashing Kintampo FC 3-0.

Below is a summary of the results: