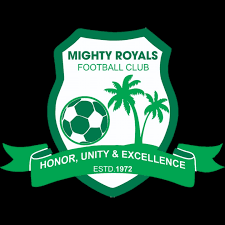 Young Apostles target of picking a qualification to the Ghana Premier League next season faces a difficult test as they host red hot Real Tamale United at the Sunyani Coronation Park on Sunday in the Match Day 4 of the Division League.

After tasting their first defeat of the season against Tamale City FC last weekend, the new boys of Sunyani eye a return to winning ways but that looks difficult as they host the former Premier League campaigners – RTU.

While the Sunyani Coronation Park promises a sumptuous meal on Sunday, Wa Suntaa will be looking to maintain their unbeaten run as they travel to play Kintampo FC at the Kintampo Rawlings Park.

Wa Suntaa boast of a clean start to the season with two wins and a draw in three games and are hoping to continue their unbeaten run.

While Kintampo FC will be looking for their first win of the season to rekindle their hopes of maintaining their DOL slot, Wa Suntaa appear in a good position to deepen the woes of the home side to keep their title hopes alive.

Joint table-toppers with Wa Suntaa, Berekum Arsenal will be traveling to Unity FC over the weekend as the Wamanafo Community Park looks set for a showdown with the former Premier League campaigners poised to keep their unbeaten run.

It, however, doesn’t look promising for The Gunners as their hosts have a wonderful home record in the DOL.

While Wa Suntaa and Berekum Arsenal will be looking to cement their positions on top of the table, Mighty Royals will be visiting Techiman City FC at the Techiman Park in what promises to be a cracker.

Mighty Royals have got off to a flying start this year and they are clear favourites to account for Techiman City this weekend.

A win for the Royals will keep them on top of the table with tem points and also keep an undefeated run while Techiman City keep on searching for their first win of the season.

Former Black Stars midfielder, Gargo Mohammed is still searching for his first win of the season as Steadfast have lost two and drawn one of the three games under his watch but a win will put away any pressure from fans as they are desperate to get the three points at home against. B. A United.

Yendi Gbewaa FC are host to Bofoakwa Tano at the Aliu Mahama Sports Stadium on Saturday.

In another game, we’ll see an angry, motivated Tamale City side who dropped points against Kintampo FC on Thursday in an outstanding clash come face to face with Nsoatreman.

The problem for Tamale City though, is they face an Nsoatreman side that has won just one of the three matches played so far.

All things considered this one is quietly setting up as a really intriguing match as the home side look to return to winning ways.

Nkoranza Warriors will still be wondering how they blew a 1-0 lead to RTU to lose 2-1 at the Aliu Mahama Sports Stadium, and how to avoid the same mistake this week as they welcome Crocodile Stars from Paga.

The away team picked up major points with an uninspiring 3-0 win over Kintampo Fc and are confident going into this game.

Below are the Zone 1 fixtures for #DOLMD4: