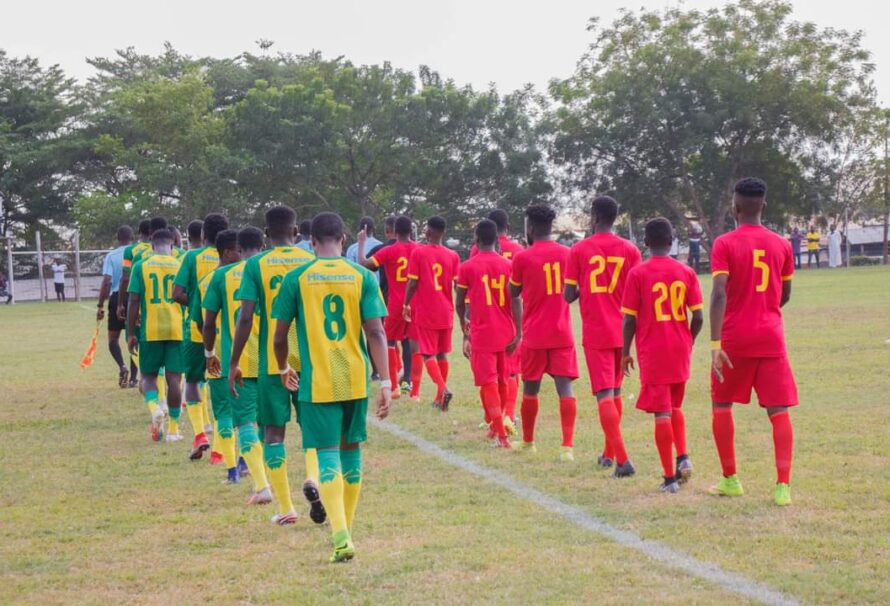 Bibiani Goldstars continued their unbeaten run in the league following a narrow win over Proud United at the Sekondi Gyandu Park to cement their lead on top of the table.

The victory over Proud becomes a third consecutive win for the Zone two leaders leading the zone with 9 points after three matches.

Bottom club Pacific Heroes caused a major and unanticipated upset as they trounced Deportivo 3 – 1 at the Obuasi Len Clay Stadium. The win could be a turning point in the rest of the matches for the Agogo-based club.

At Assin Fosu Jamsco Park, Sekondi Hasaacas staged a boisterous performance over Achiken FC, to go home with all points.

A Justus Torsutsey’s first half brace plucked the three points for the Sekondi-based club. Their dream of returning to the Premier League has since been resuscitated with the win over Achiken.

Swedru All Blacks gave a good account to grab a point against New Edubiase United at Bekwai Gyamfi Park.

Star Madrid stayed focus to beat Venomous Vipers in a five goal thriller at home. The 3 – 2 victory serves as a huge statement of intent to the Kasoa-based team.

Wassaman United remained alert to jostle for a point against Unistar Academy while BYFA endured a successive defeat after losing to Nzema Kotoko by a lone goal.

The clash between Skyy FC and Samartex has been re-scheduled for Wednesday.

Below are the full time results: