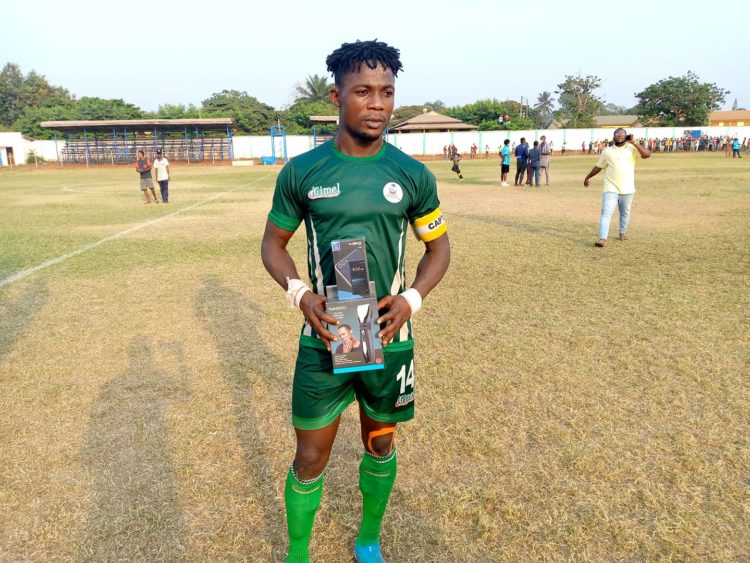 The Dawu based club ae requesting for the transfer of talisman Peprah at the end of the 2020/2021 campaign.

Peprah has been one of the revelations in the Ghana Premier League this season scoring 8 goals in 15 games including a hat trick against Berekum Chelsea.

He has also won three man of the match awards.

Peprah is part of the Black Stars squad preparing to face South Africa and Sao Tome in the 2022 AFCON qualifiers.

The Dawu based club have written officially to Great Olympics requesting for the service of their skipper Gladson Awako.