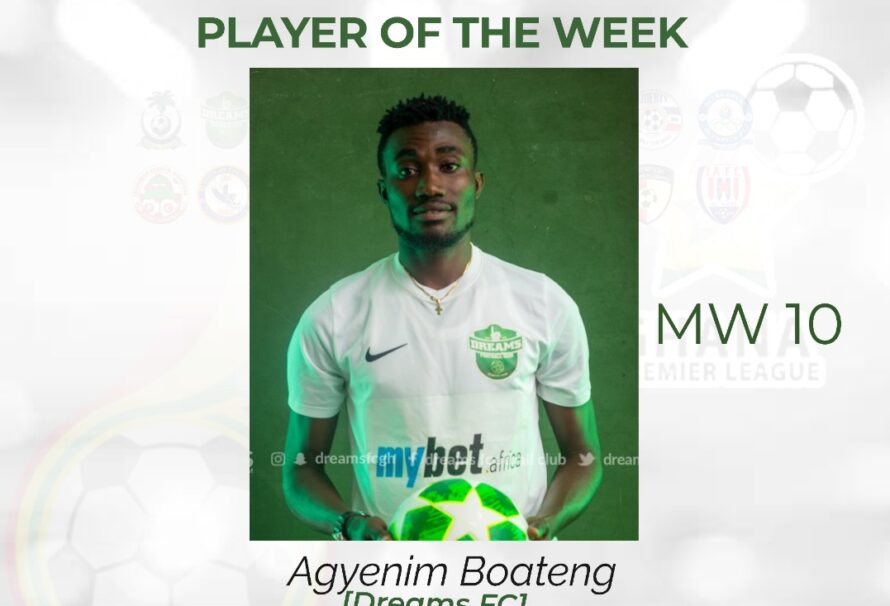 Dreamsn attacker Agyenim Boateng has been named FootballMadeInGhana’s Player of the Week for Matchday 10 following his performance against Liberty Professionals.

Boateng finally broke his goalscoring drought by registering a brace in Dreams FC 4-2 win against Liberty Professional on Sunday at the Theatre of Dreams.

The former Nzema Kotoko goal poacher was brought to the club with high expectations but has failed to lived up to the billing since making his debut.

Boateng before the game against Liberty had gone nine games without finding the back of the net , but the two goals against Liberty Professional on Sunday show signs of good things to come from him in the coming days.

Despite the pressure, Boateng kept his cool and bagged a brace to helped Dreams FC to overcome Liberty Professional at Dawu.