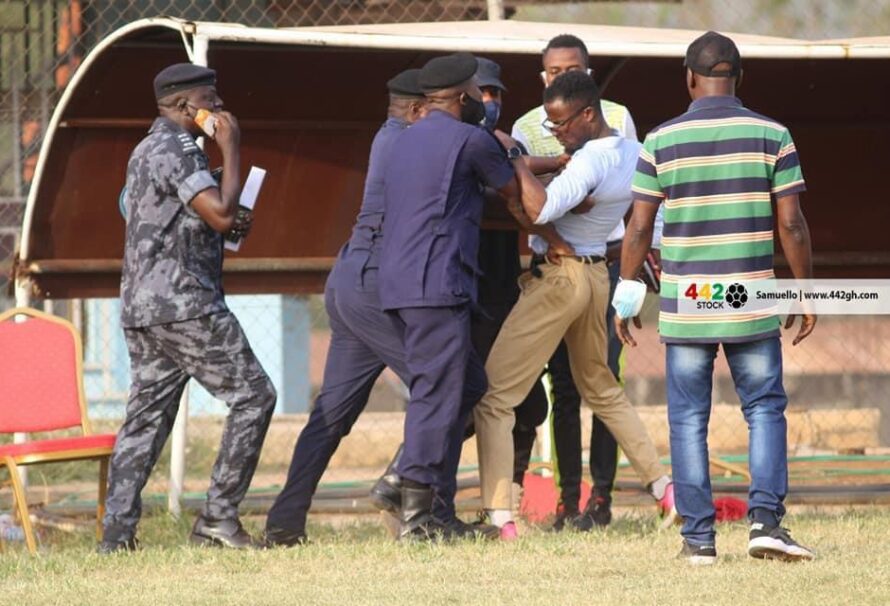 Ignatius comments follows after his side conceded three goals in the last 20 minutes of the game to succumbed to a 3-1 defeat at the Nana Fosu Gyabour Park.

Eleven Wonders head coach Ignatius Osei Fosu after the game clashed with the police after he attempted to confront the match official but was sforcefully restrained by the security personnel amidst heated exchanges.

In an interview with CITI FM after the game, Ignatius described the conduct of the Police as  unprofessional and claimed his confrontation with the match official as normal disagreement.

“It was normal banter between a referee and a coach. It was a normal disagreement and this happens all over the world.

“But for me, what the police did was just unprofessional. A lot of the police men we take to our stadiums to provide security, go there to support the home team.

“And once the game is not panning out in their favor, they get agitated and I think the police men were agitated by my confrontations of the referee.

Exchanging words with the referee is normal banter and the police didn’t need to manhandle me the way they did,” he concluded.

Osei Fosu also suggested he would not be taking any further action against the action of the police after consulting with many key stakeholders in the football fraternity.