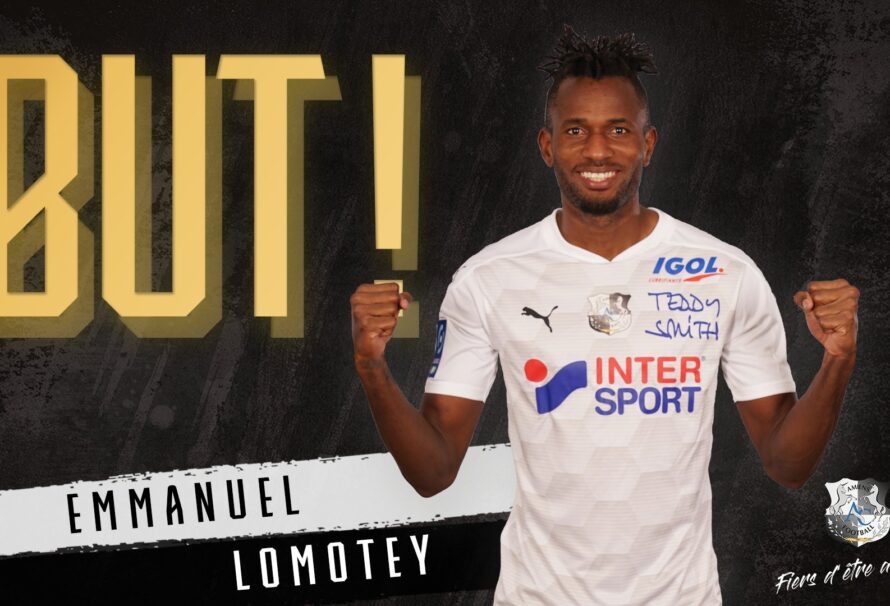 Ghanaian midfielder Emmanuel Lomotey rescued a point for Amiens SC by scoring his debut goal in their 1-1 stalemate at home against Auxerre in the French Ligue 2 on Tuesday.

The midfielder scored in the 29th minute of the game to pull parity,  for his side after Le Bihan shot the visitors ahead just  12th minute after kick off.

Lomotey lasted the entire duration of the game  as his side shared the spoil.

He has now scored 1 goal and 1 assist so far this season for Amiens SC.

Amiens SC sit 11th on the league table with 34 points after 28 league games.