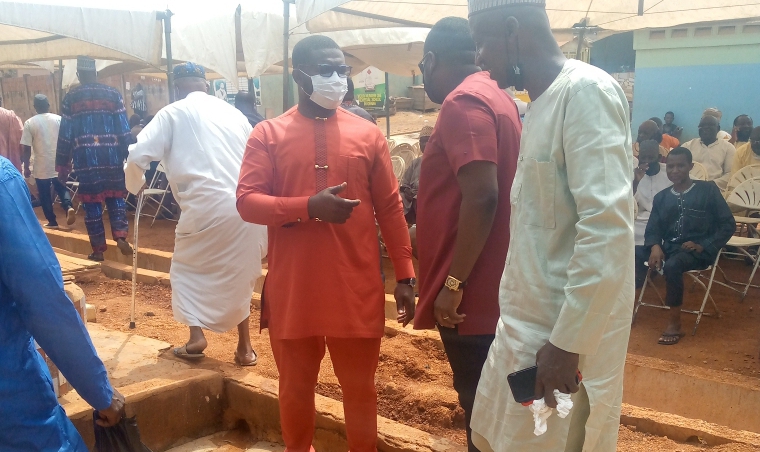 There could be a scintilla of truth in a growing animosity between the Board Chairman of Asante Kotoko SC Dr. Kwame Kyei and CEO Nana Yaw Amponsah as speculated in the Ghanaian media.

The two were among hundreds of mourners who thronged the residence of the former club and Black Stars legend Bukari Garba to console with his family.

The duo whom many thought would have sat one place during the social gathering event didn’t allude to that, and also didn’t make eye to eye to each other.

Eye brows raised upon seeing the conducts of the two to the extent that a former management member of Kotoko Alhaji Aliu Maradona tried his possible best for the two to move in pair so that they would be duly recognized by the family of the bereaved but the two declined such request.

As it’s being reported in the media that the two are at loggerheads, yesterday’s event amongst other grounds, is one the evidences to substantiate such claims.

The attitude displayed by the two yesterday has the propensity of sinking the image of the team as well as affecting the team’s administrative exercise which subsequently could descend into the team’s technical department.

Former management member of the club Ali Maradona expressed his shocked with what he witnessed among the two personalities.

“You know I wasn’t in the country , I returned few weeks ago, but what I witnessed today tells me there’s a problem between the Board Chairman and the CEO. You saw what I was trying to do but it didn’t work. Both of them made some donation to the family’s of the deceased.” He told FootballMadeInGhana.com.

Kotoko is currently 7th on the league table with 17 points.