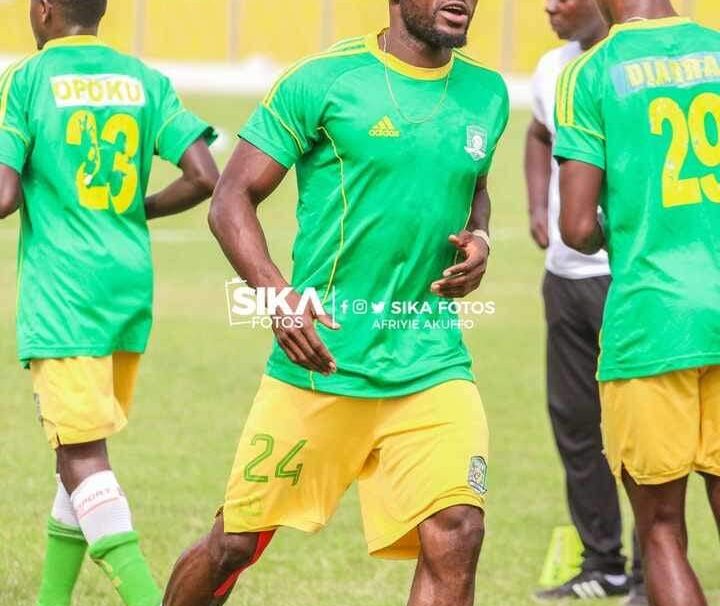 Defender Farouk Adams has signed a new contract with Aduana Stars following the expiration of his contract last month.

Adams contract with the former Ghana Premier League champions expired after week six of the ongoing league season forcing him to miss their last four games in the competition.

But FootballMadeInGhana.com can confirmed the player has signed a new year deal with the club following a protracted negotiations.

Adams signed the contract extension on Monday after a successful negotiations.

His return is a massive boost for Paa Kwesi Fabin who has been crying for reinforcement since the beginning of the campaign.

The former Elmina Sharks defender will be available for on Sunday when the ‘Fire’ club host Ebusua Dwarfs in matchday 11 of the Ghana Premier League.