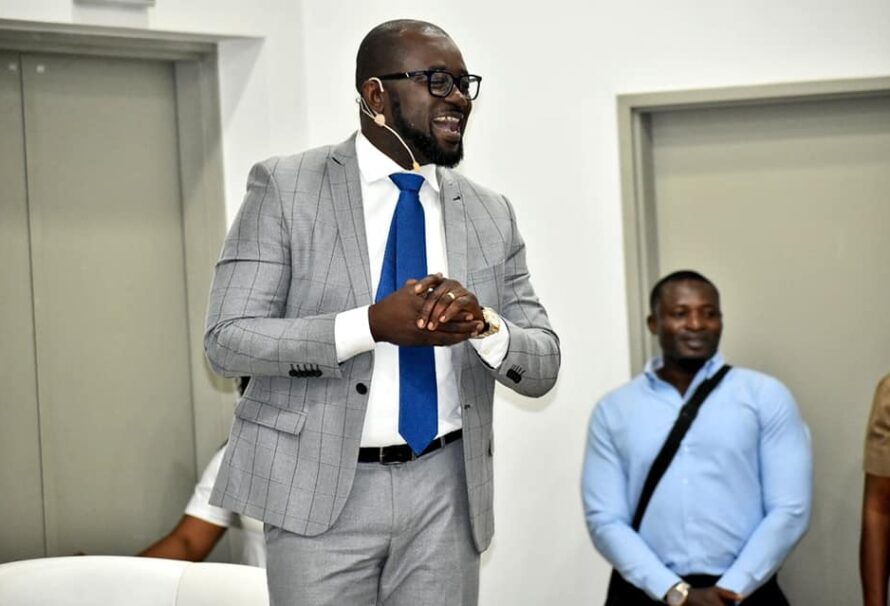 President of the Ghana Football Association Kurt Edwin-Simeon Okraku has been cleared by the Governance Committee of CAF to contest for the upcoming Executive Committee elections.

The dynamic Ghana Football chief put a foot forward to contest for a slot on the Executive Committee of the continent’s football governing body in an election slated for the 12th of March this year.

The governance structure of Confederation of Africa Football (CAF) stipulates that applicants undergo eligibility tests before being declared fit to contest for a slot on the highest office of the federation.

The dynamic Ghana FA boss whose reign has seen Ghana football on the rise went through the process as mandated by and has successfully passed the eligibility test.

READ ALSO:  U-20 AFCON: Ghana to intensify preparation for Morocco game on Friday

The Governance Committee of CAF on January 29, 2020 confirmed that the former Dreams FC Executive Chairman is fit to be in the race for the ExCo position of CAF after passing the only test that has hindered many from contesting.

Mr. Okraku will be contesting for the slot as a representative of West Africa.

The hardworking Ghana FA President has been hugely lauded on the continent for his instrumental role in stabilizing Ghana football following two years’ absence of association football due to the Anas Exposé and the outbreak of COVID-19.

Ghanaian clubs have enjoyed massive financial boost under his regime, as well as being injected with numerous policies that have seen the game on the rise.

Kurt, whose life has been impregnated with football from childhood till date, has injected huge attention into female and juvenile football in Ghana, laying the foundation for a bright future.