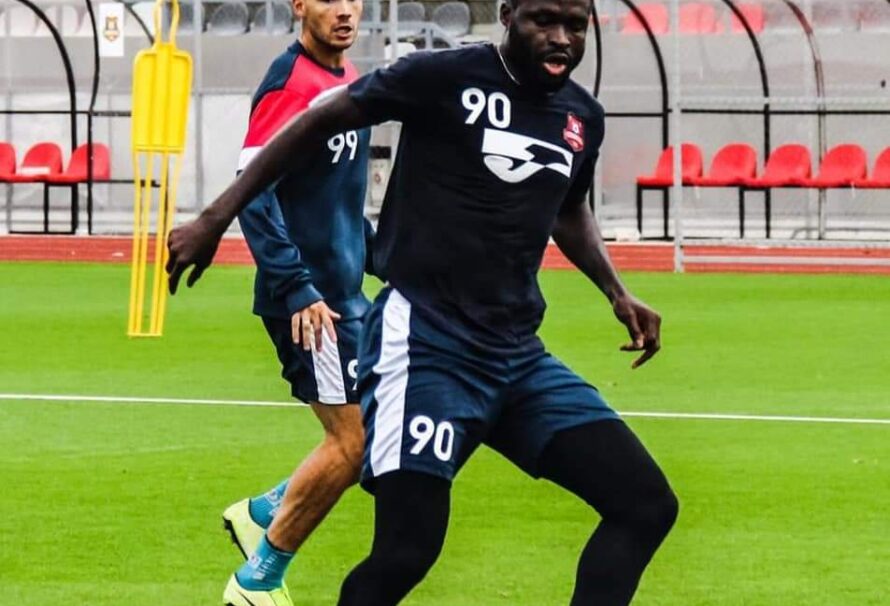 Ghanaian International Bright Addae who now plies his trade with Romanian topflight side FC Hermannstadt has vowed to don the red and white jersey of the African club of the Century Kumasi Asante Kotoko before he retires from active football.

Addae before moving to Europe to pursue his football career was on the verge of joining the Kumasi based club.

The former Wa All Stars now Legon Cities versatile player received his breakthrough after playing a vital role in the Black Satellites’s 2009 FIFA U-20 World Cup winning team in the tournament which was hosted by Egypt.

The Black satellites wrote history as the first African country to clinch the ultimate.

In an interview with Addae from his Sibu, Romania he hinted that he has been a fan of Kumasi Asante Kotoko and therefore he cannot wait to join the club before he hanged his boots.

“Asante Kotoko is a great club, I have been supporting the club from infancy so I will wear the jersey of Kotoko as a player before I retire from active football. If you want to play for a club with a great history like Asante Kotoko you have to train hard and be consistent”.

“Playing for Asante Kotoko will be a dream come true because the club is one of the biggest clubs on the African continent and the fan base of the club is very huge of which they are known across the globe”. Addae added

He furthermore expressed his profound gratitude to former GFA President and CAF Executive Council Member, Lawyer Kwesi Nyantakyi for being part of his successful career.

Bright Addae made history with Ascoli Calcio by coming the first black player to captain the team and also the second player to capped over 150 matches in the Italian Serie B for the Juventus side.