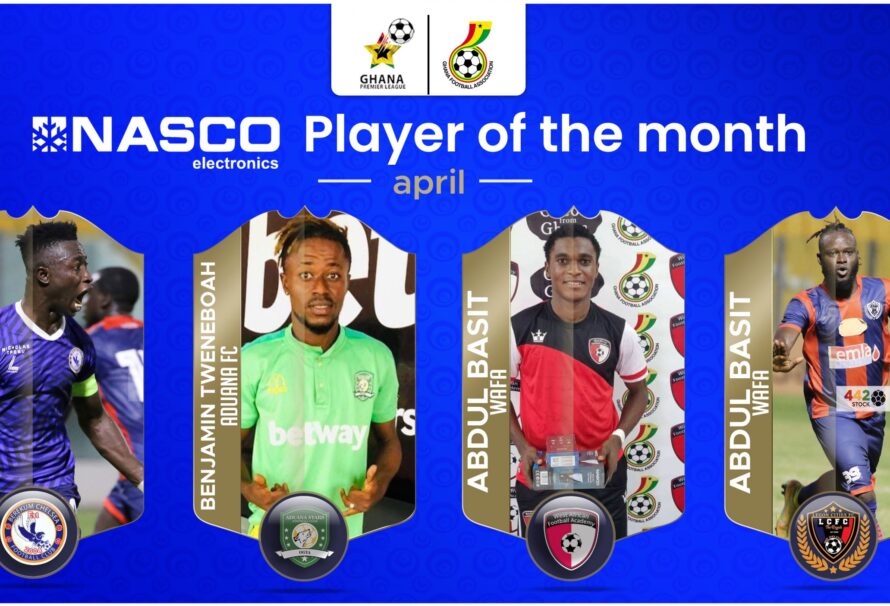 Four Players have been shortlisted for the Ghana Premier League NASCO Player of the Month award for the month of April.

Winner will receive a NASCO Television set and a personalized trophy.

The nominated players are: