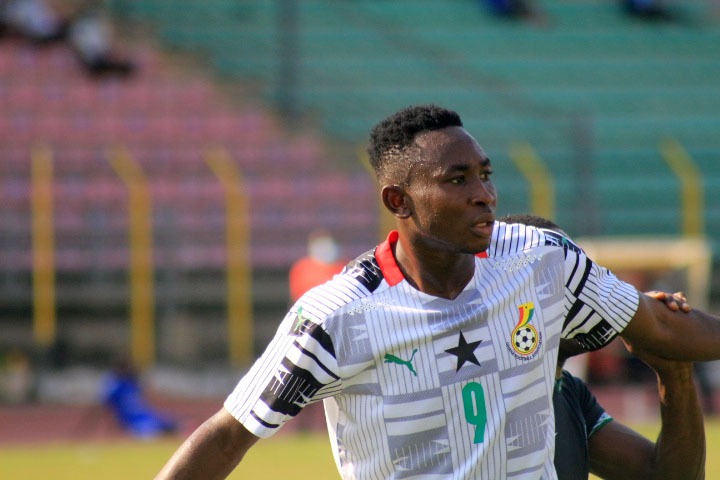 Free kick expert  Percious Boah has fired Ghana into an early lead with a fantastic free kick just three minute into their group opener against Tanzania in the African U20 Championship in Mauritania.

The Dreams FC attacker scored a beautiful free kick from the right to give the Satellite the lead.

It was his third free kick goal for the National U20 side after scoring twice in the WAFU Zone B U-20 Championship in Benin.

Boah stole the show at the tournament in Benin when he fired Ghana through to the semi finals with an excellent free kick goal.

He also scored a brilliant one against Burkina Faso in the finals to help Ghana emerged victorious in the tournament.

Percius Boah was named in the team of the tournament following a brilliant performance for the Black Satellites.