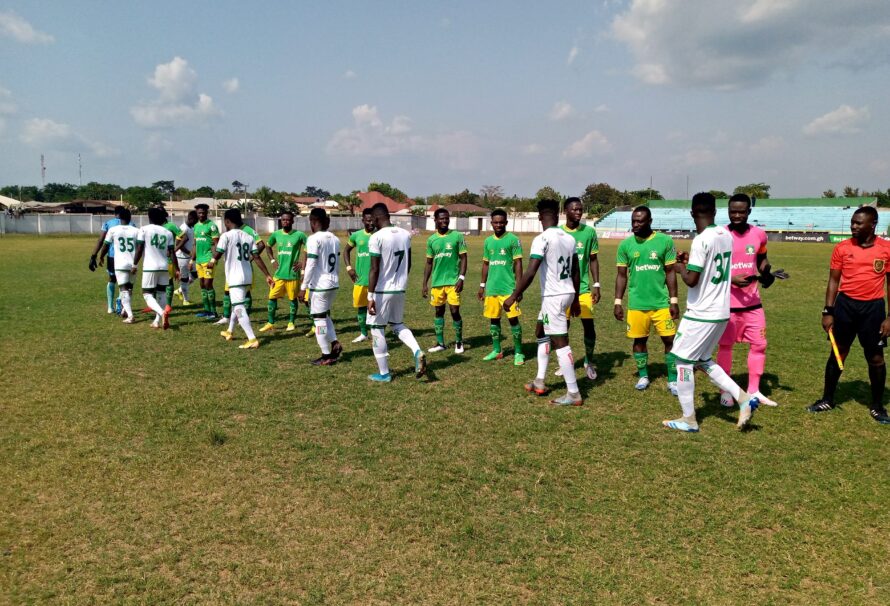 A brace from Benjamin Tweneboah and a strike from Prince Acquah gave Aduana Stars the maximum points at the Nana Agyemang Badu Park.

Aduana Stars started the game very well and nearly grab the opener on the third minute but Yahaya Mohammed effort was saved by Jabal Adam.

The host were forced to make two substitution in the space of six minutes, Yahaya Mohammed and Alex Boakye were withdrawn for Samuel Bioh and Abass Mohammed.

King Faisal then had a golden opportunity to take the lead after a mistake by Isaac Kwain, but Kwadwo Frimpong failed to capitalize on the chance.

King Faisal goalkeeper Adams Jabal was forced off injured and Danlad Ibrahim was introduced to replace him.

Benjamin Tweneboah gave the host the lead against the run of play, finishing home a pass from Prince Acquah.

Despite a lot of pressure from the home side, King Faisal defended very well till the blast of the first half whistle.

The host came from the break and continue from where they left off.

Sam Adams tested Danlad Ibrahim with a long range shot but the goalkeeper did well to saved the danger.

Benjamin Tweneboah doubled the host lead with a fine finish after rounding off Danlad Ibrahim before putting the ball at the back of the net.

Prince Acquah made it 3-0 for Aduana Stars with a shot outside the penalty box.

Line up for both teams

Man of the match