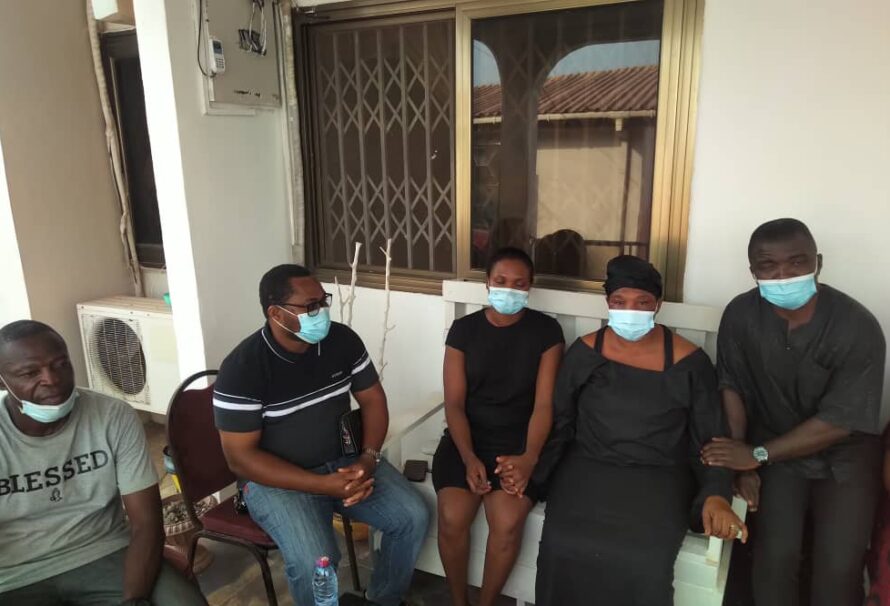 Leadership of the Ghana Futsal Committee on Thursday visited the family of the late Justice Boison whose sudden death occurred on Wednesday.

Leadership of the committee, led by Chairman Sampson Osei-Yaw with support from Justice Equaye visited the family to share their condolences upon hearing the death of their member.

Justice Boison was the Vice Chairman of the Ghana FA Futsal Committee that was set up for the first time under the new football administration.

To Osei-Yaw, the death of Justice Boison was shocking to the entire committee passing on exactly on a day the committee was supposed to hold a meeting.

Consoling the family, Osei-Yaw narrated how hardworking the late Boison was and how his presence on the board has been very influential.

“He was a hardworking man. His presence always made me feel at ease because he’s always ready to ensure progress. We loved him but God loved him more,” Osei said.

The late Boison was also a member of the Division One League Board and recently contested and lost the GHALCA Treasurer position.

He was a former player of Sekondi Hasaacas and also played for the Black Stars.

Funeral arrangements will be communicated in due time by the family.