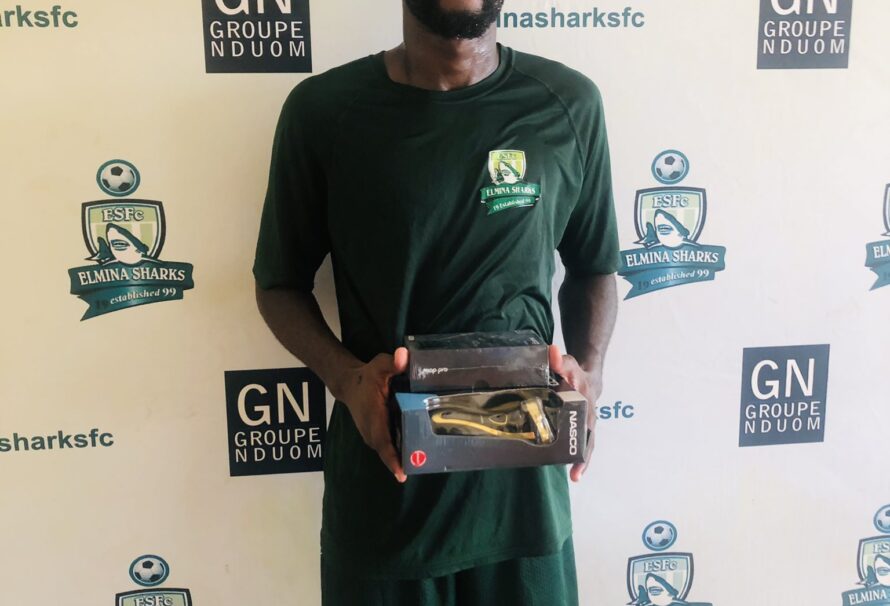 Elmina Sharks FC defender Geoffrey Edwin Acheampong was named man of the match award in the fearsome sharks come from behind victory of the Miners on Sunday.

Acheampong was a rock at the back as he ensured the Fearsome Sharks managed to see out their lead despite constant pressure from the Ashgold attacking force.