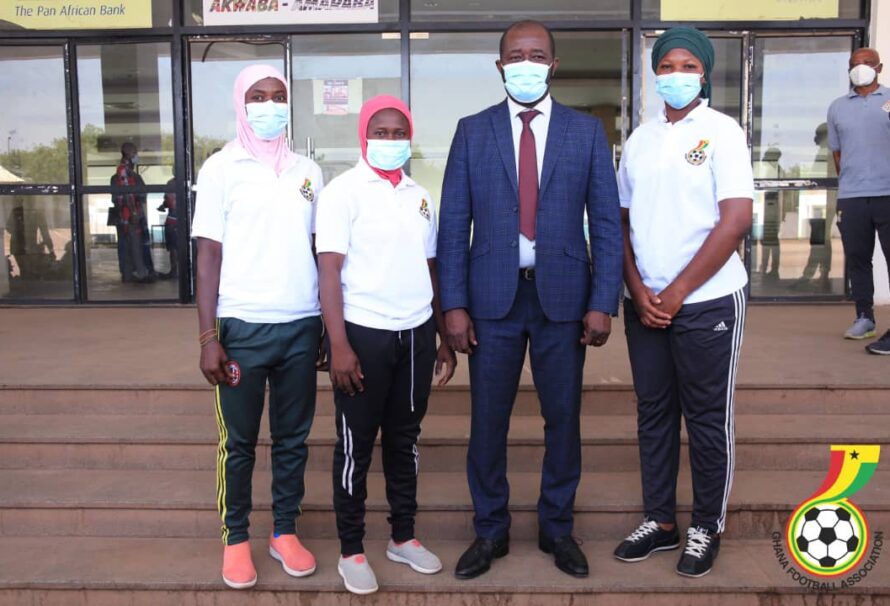 Benevolence Ghana Football Association President Kurt Edwin Simon Okraku has pledged to pay the fees for the women who have taken the bold decision to be trained to acquire football knowledge.

The President who was impressed to see females participating in the training vowed to top up their fees after half of it was taken by the Northern Region Football Association (NRFA) Alhaji Hassan Rhyzo.

Addressing the participants during his tour in the Northern Region, the Game Changer said one of the outmost goal of his administration is to see many female coaches occupying key position in the various female teams.

“I learnt your fees have been partly taken, I’m going to top it up by paying for the rest of your fees.

“Hence your course will be totally free, so that your will channel your other resources to other things.

“It’s our goal to see many female coaches taken up key positions in our female teams.

Top technical brains like Professor Kwame Mintah, Maxwell Konadu, Shaibu Ibrahim Tanko and Baba Nuhu Mallam have been tasked to train the coaches and bring out the best in them.

The first group of 30 coaches will complete the course this weekend with the second group expected to start on Monday, 20th April.