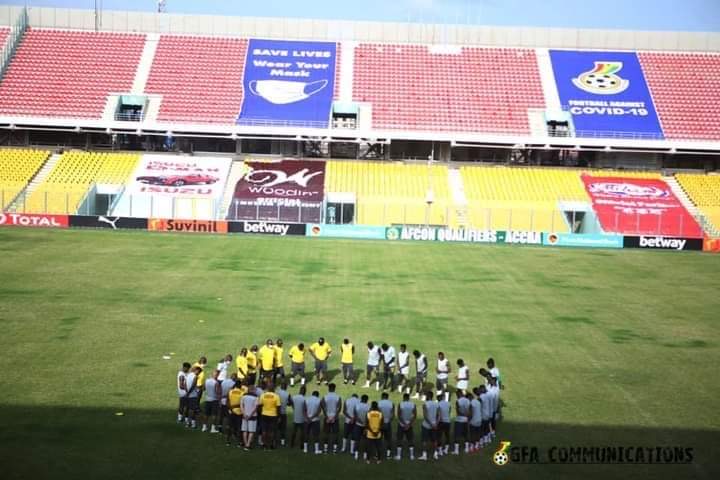 Banners of the various sponsors of the senior national team as well as some COVID-19 awareness ads will be on full display at the stadium on Thursday.

In line with the Confederation of African Football’s (CAF) directives, the match which will be played behind closed doors and is scheduled to kick off at 4pm.

The four-time African champions have already secured a ticket to the continental showpiece which will be played in Cameroon next year following a 1-1 draw against South Africa in Johannesburg on Thursday.

Coach CK Akonnor’s side is however determined to win Sunday’s game to finish on top of Group C with Sudan also playing South Africa in the other group game.