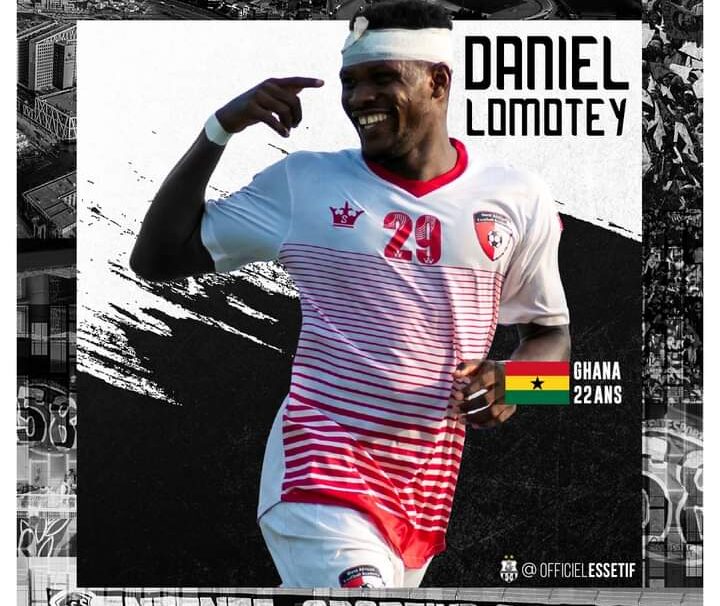 The forward signed a three-year deal with the club following a successful negotiations.

According to sources,  the deal is in the region of a $100,000 which got accepted by WAFA.

The club announced the signing  on their official socials media account on  Friday.

“Ghanaian international player Daniel Lomotey signed a three-year contract with our team, and nearly half an hour has entered national territory on his way to Setif City and will be presented next Sunday awaiting his qualification.

Lomotey who has scored 9 goals from nine games in the Ghana Premier League will now continue his adventure at Algeria.

He was on the radar of Tunisian side AS Soliman but the deal fall through in the last hour.