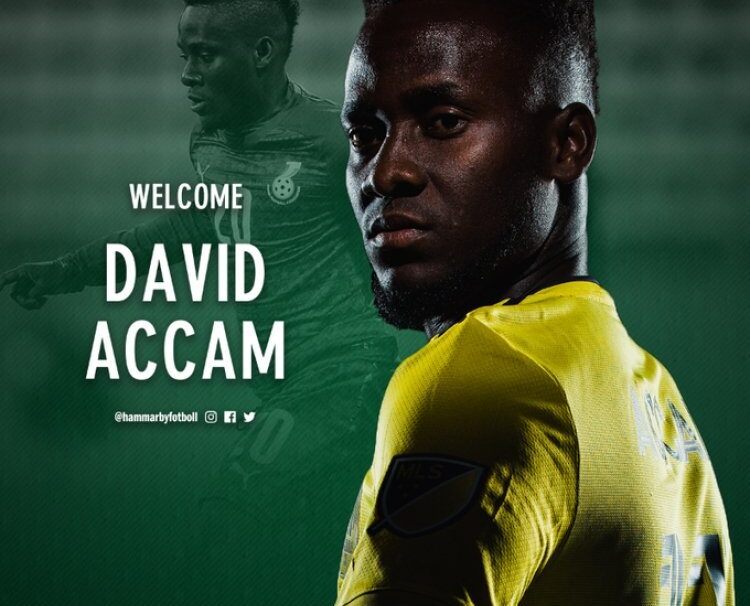 Ghanaian attacker David Accam has completed his move to Swedish outfit Hammarby IF on loan for the 2021 Swedish football season.

He joined the Swedish club from Major League Soccer side Nashville SC.

The Swedish club has an option to make the deal permanent if he manages to excel during his loan spell.

“David Accam returns to Swedish football after six years in MLS. Hammarby has agreed with Accam’s current club Nashville SC and MLS on a loan for the 2021 season, with an option for another year,” an announcement from the Swedish club has said today.

It adds, “With the loan of David Accam, Hammarby strengthens in the offensive line, and then mainly the outer position where the 30-year-old Ghanaian usually plays.”

The Black Stars striker in the last six years has been playing his football in the American Major League Soccer where he has had stints with Philadelphia United, Columbus Crew SC, and a couple of others.