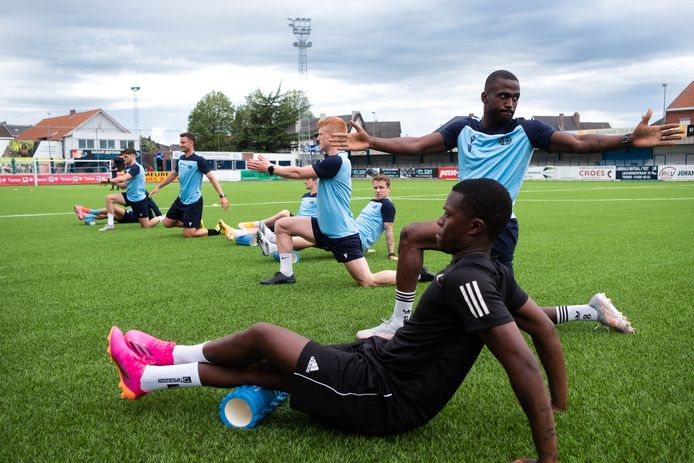 Ghanaian attacker Terry Osei-Bekoe will feature for Belgian lower-tier side KVK Tienen in the upcoming season after completing a move to the club.

The Belgian-born Ghanaian penned a one-year deal with the Belgian Third-tier side in the 2021/22 football season.

The 23-year-old before his move had talks with Belgian First Amateur Division side Patro Eisdenbut a deal was not reached; however, he has joined KVK Tienen ahead of next season.

Reacting to his failed to Patro Eisdenbut he said, “I can be brief about Patro, I didn’t like their way of working at all,” responds the sharp wing attacker. “I actually went to talk to them and also trained for a while, but afterwards they immediately announced me as a new incoming transfer on their website without my knowledge. And that while I hadn’t signed anything yet. That was the end of it for me.”

The Belgian youth international has therefore expressed his delight in joining Tienen for the upcoming season.

“For me, the Chamber of Commerce is without a doubt the ideal next step”, it sounds enthusiastic.

READ ALSO:  Mohammed Salisu, the new sensation in the Premier

“The past few years have been full of ups and downs. At Club Brugge I trained with the A-team for a total of two years and during that period I was loaned out to Knokke, which was active in the first amateur class at the time”

“In retrospect, that ’18-’19 season is a very nice memory, because we managed to play champion that year. Afterwards I canceled my contract at the U23 in Bruges, and then moved to Lierse Kempenzonen in 1B.” he said.

“Just when I had fully recovered from an illness, I suffered a serious cruciate ligament injury in the fourth competition match against Deinze. A strong downer and the corona pandemic added on top of that. Rehabilitating without competition in prospect once made it so difficult, but in the meantime, I’m feeling good again.”

He added the plan for the future is now clear after securing a move, “I have not yet given up on that dream, although I am now 23 years old,” said an ambitious Osei-Berkoe.

“My father William was a professional at Cercle Brugge and Roeselare in the 90s and I would like to go at least as far (winks). Whether it is too late for that, the future will show. But I want to get back to my best form next season. Coach Bart Vanhoudt knows my qualities and knows that with my actions and speed I can create a lot of threat and goal danger from an attacking point of view.”

“Of course, there is still work to be done, because playing a match is something completely different from training on your own every day with a personal coach. But the hunger is great after that long period without competitions, that much is certain,”

Terry Osei-Bekoe was part of the Belgian U17 squad that placed 3rd at the FIFA World Cup in Chile.