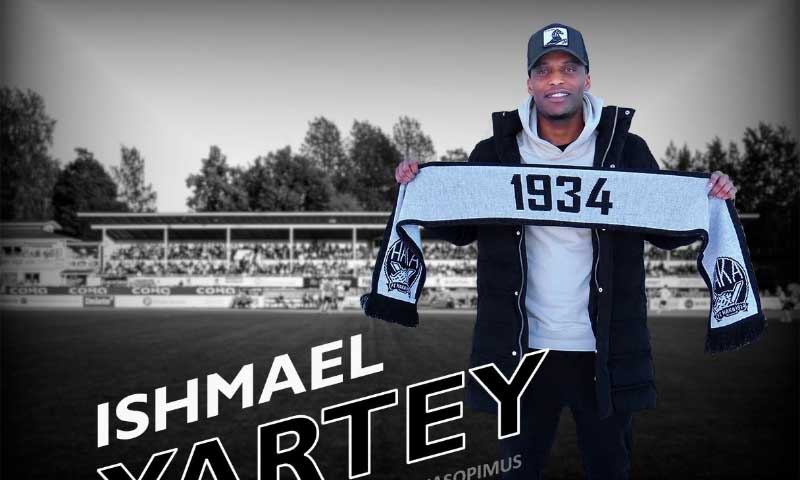 Yartey signed for the  Finnish side after a brief successful spell with KPV Kokkola in the 2019/2020 season.

During his spell with KPV Kokkola he chalked memorable feats and became the first African player in 15 years to win the KPV Player of the season for 2019.

The 31- year old Ghanaian winger spoke to the club’s website after signing for his new club.

“One of the main reasons why I chose Haka was the conversation I had with Teemu Tainio, which left a positive picture. He called me and inquired about my willingness to join the team. Now I’m here and happy about it! I look forward to helping the team achieve their goals,” he said.

Ishmael Yartey has played for more than a dozen clubs since joining Benfica as a teenager in 2009 after his exploits at the World U-20 youth tournament in Egypt.