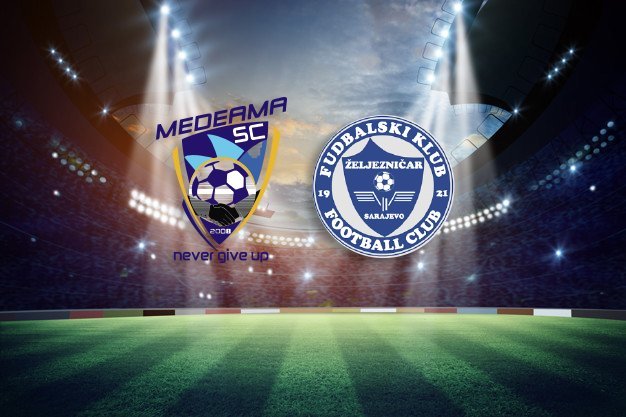 The two clubs have signed a three-year deal which will see the Bosnian club offer technical support and receive capacity building initiatives as its celebrates its centenary.

As part of the arrangement, the SC Medeama Academy and their first team will travel to Bosnia to train at FK Željezničar’s facilities, with the aim to bring the two clubs closer together.

In a joint-statement issued by the two clubs, FK Željezničar Chairman, Samir Ceric, said:  “We are excited and proud to announce our partnership with SC Medeama in the year Medeama happens to be a serious contender to win the Ghana Premier League and also in the year that also marks the 100th year anniversary of our Club which was founded in 1921.

“Entering this partnership in a period of unprecedented growth of African football marks a cross-road for our own club but also offers a great opportunity to build a bridge between Ghana and Bosnia as well as Africa and the Balkans which can dramatically increase both clubs’ chances of success and position us both much higher on the international stage.

“Both countries are huge hubs of talent and I believe we will learn a great deal from each other throughout this partnership and open up opportunities for each other we would not have been able to do otherwise.

“The club’s international strategy is a core-pillar to our growth plans and this partnership opens up FK Željezničar to the vast football community in Ghana and Africa and provides a great platform for us to engage with our global fan base, and the African and Ghanaian communities in the Balkans region as well as Europe and London where I am based out of.”

Medeama president Moses Armah also said: “We are happy to have formalised our partnership agreement with FK Željezničar as the club marks a historic centenary,”

“This is an exciting time for SC Medeama as we aim to broaden our international scope and open the club up for global opportunities being offered by the Bosnia giants in the Balkans. There is a tremendous passion for football in Ghana and there is real synergy in Bosnia in that respect and we seek to leverage on that for the mutual benefit of the two parties.

“We are excited by the prospect of this partnership which offers mutual benefit to the growth and drive of both clubs on the international level. There is an infectious enthusiasm for the game and we seek to leverage on this partnership to broaden the frontiers of FK Željezničar in Africa.

“This partnership will also help to strengthen the two-pronged relationship between Ghana and Bosnia and expand the activities of the two clubs on the African continent and in Europe. The partnership will expand the club’s fan base in the Balkans and in Europe, highlighting the club’s continues growth, emerging brand, and philosophy to the rest of the world. We hope to build a lasting partnership for the mutual benefit of the two clubs, and its fans base in the two countries and continents.”

Interaction between the two sets of supporters through official social media channels will also be planned in the near future as FK Željezničar has already begun its club’s digitalisation and commercialisation its Chairman Samir Ceric introduced to the club through technology partners and platforms such as Blocksport, Seyu and soon Homefans, with the first virtual tour of one of the big league derbies planned later on in the month, as well as the launch of the Club’s first fan tokens too.

The power of social media and digitalisation will enable both clubs to create additional revenue streams and FK Željezničar hopes SC Medeama will embrace this technology outlook and join its Bosnian partner in their combined efforts to engage its fans bases on a global basis.

“This foundation will be the basis of our work to press on with shared projects in the future that will include both academies and first teams, whilst also strengthening and energising the profound connection between the two clubs. We are convinced that with this partnership we will be able to implement the wishes of both sets of supporters in the long term.”, said Samir Ceric, Chairman of FK Željezničar.

The thoughts were echoed by Dr Tony Aubynn, SC Medeama’s Board Chairman and an Executive Council Member of the Ghana Football Association, who said:

“This is a golden opportunity as we seek advantage of the opportunities being offered in the digital space by FK Željezničar and to explore its mutual growth for both parties in the Balkans region and Africa.

“When we looked for the perfect Ghanaian partner, we looked at a number of clubs and some of them are very well known clubs in Africa. When we actually had the opportunity to start discussions with SC Medeama’s Chairman, it was very clear that they were the ideal club. They’ve won trophies in the past like we have, but it was also at the time where they were closing in on yet another title this season and we felt that was a good sign.”, said Samir Ceric, Chairman of FK Željezničar.

Football Club Željezničar Sarajevo, commonly referred to as Željo, is a professional football club, based in Sarajevo, Bosnia and Herzegovina. The name Željezničar means “railway worker”, originating from their establishment by a group of railway workers in 1921. Throughout its history, the club has cultivated a reputation for producing talented home-grown players through its academy. During the days of socialist Yugoslavia, FK Željezničar were national champions in the 1971–72 season, qualifying for the European Cup during the 1972–73 season. The club has also finished as runners-up once in the league, and contested 1980–81 Yugoslav Cup final. In Europe, the club reached UEFA Cup semi-finals during the 1984–85 season and the quarter-finals during the 1971–72 season. FK Željezničar is the most successful football club in present-day Bosnia, having won 6 Bosnian championships, 6 Bosnian Cups and 3 Bosnian Supercups. The club’s so far best post-war European result was qualifying to the 2002–03 Champions League third qualifying round, losing to Newcastle United. Their biggest rival is FK Sarajevo with whom they contest the biggest football match in Bosnia and Herzegovina, the Sarajevo derby.

Medeama Sporting Club was established 2008 as a third division club. The club failed in its initial attempt to qualify to the Ghana Premier League in 2010, leading to the purchase of now defunct Kessben FC the same year. The licence of Medeama Sporting Club was completed in December 2010 and has since been a constant feature in the Ghanaian top-flight. Medeama believe in the hybrid of development of talented kids and purchase of experience players to compete at the top level in Ghana and in Africa. Despite being relatively young in the Ghanaian top-flight, Medeama have won the famous FA Cup twice, beating local giants Asante Kotoko twice to win the title. The club also won the Super Cup in 2015. Based in Tarkwa, a goldmine community in Ghana, Medeama have represented the West African country twice in the CAF Confederation Cup with the side impressing heavily in its both attempts, reaching the group stage of the competition in 2016. Medeama have earned a top-four-finish on two occasions in five years and now hugely regarded as a powerhouse in Ghanaian football. The success of the Club is based on the principles of co-operation, trust, humility, discipline, effort and loyalty. We have been one of the most disciplined teams in Ghana and won the Fair Play Award during the 2014/15 Ghana FA/Premier League Board gala. The Club has over 40 registered players with their ages ranging between 17 to 26 in the senior team. Medeama is at the apex of the 2020-21 Ghana Premier League with 12 matches to end the season, aiming to clinch the club’s their first Premier League title in addition to its two FA Cup and One Super Cup triumphs.