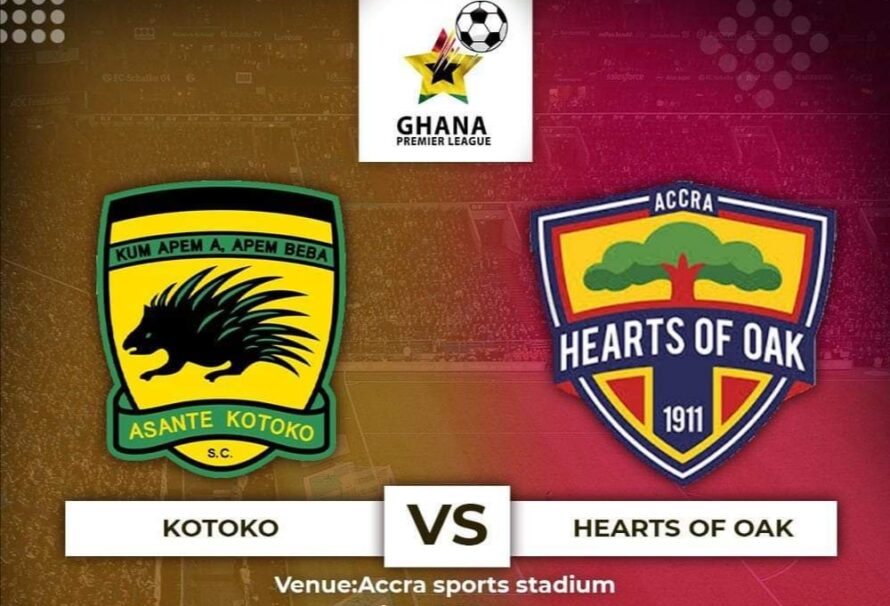 There’s a lot at stake when Asante Kotoko host Hearts of Oak in this rearranged Ghana Premier League Match Week 15 encounter on Sunday.

The Accra Sports Stadium will serve as host venue for this encounter that promises intrigue and intensity.

Asante Kotoko, fresh from their African disappointment will switch attention to the local scene and eye the ultimate from here.

The Porcupine Warriors have two games in hand and victory in those matches will guarantee them top spot on the GPL league log.

Standing in their way in the first of the two games is their bitterest rival Hearts of Oak.

The Phobians have blown hot and cold this season and have always found ways of putting out the fire from their camp before it escalates.

They have had two coaches come and go so far this season and their latest appointment is former Medeama Gaffer Samuel Boadu.

It is not really established whether the young tactician will guide them into this one though.

Salifu, having already played against Asante Kotoko for his former side Techiman Eleven Wonders is expected to play a part for his new side one way or the other.

The game is set to pit two of Ghana’s greatest clubs against each other as they battle for the maximum points, bragging rights and more.

Asante Kotoko have won 3, drawn one and lost one of their last 5 Premier League matches.

During this period, the Porcupine Warriors have kept 4 clean sheets, conceding just one goal and scoring 4.

It is their home form that needs some consistency though. Kotoko have not won two consecutive home games this campaign.

In their last five matches at their make shift home venue, they have won 3 and lost 2. They win every other match at home.

Hearts of Oak looks to have arrested their recent slump adn in the process avoid a mini crisis from exploding with back to back wins in their last two games.

Although not really convincing, the Phobians have done the job over Ebusua Dwarfs and Liberty, with stop gap coach Samuel Nii Noi claiming 6 points from the available 6.

Before that Hearts endured a poor 3 game spell under the now departed Kosta Papic.

They suffered defeats to Great Olympics and Medeama SC before drawing with Legon Cities.