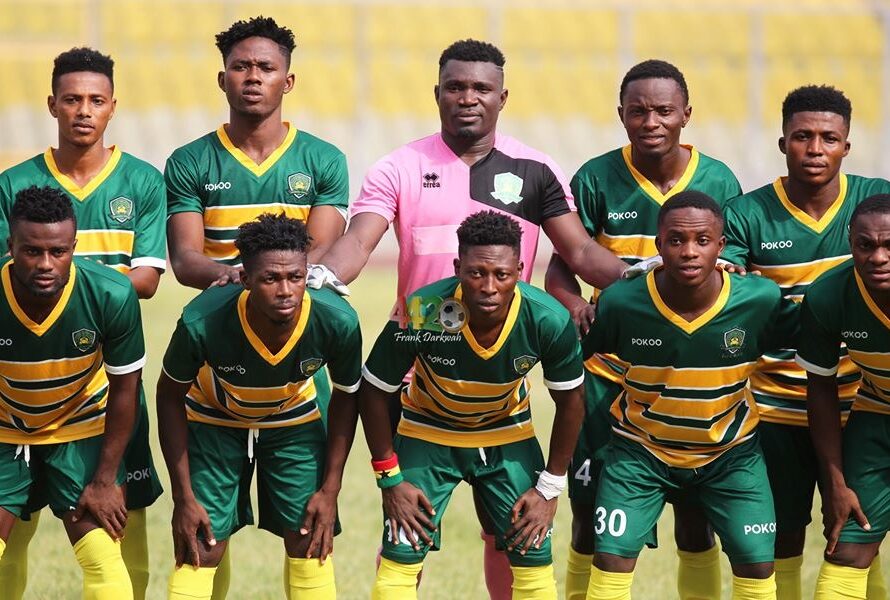 The action of the Ghana Premier League continues with the first of the Match Week 19 fixtures taking place on Friday, April 9.

Cape Coast based Ebusua Dwarfs welcome Eleven Wonders to the Cape Coast stadium for this encounter.

The home side are searching for a first home win since February; when they beat King Faisal by a lone goal. They are currently on a two-game winless run, drawing 1-1 away at Bechem and losing by the odd goal against regional rivals Elmina Sharks.

However, Coach Ernest Thompson-Quartey can count on two things to fuel his side’s push for a win; Dwarfs’ home form against sides in the lower half of the table and the away record of the visitors.

Starting with the former, Dwarfs have recorded victories against sides placed lower than them at home (2 Wins), despite their overall home record not looking all too impressive (W3, D2, L3).

They will definitely eye a win to improve on their current league standing of 10th on 23 points, 3 places above and 2 points more than Friday’s opponent.

Eleven Wonders who lie 14th on the table should not upset the hosts under normal circumstances although football has an element of unpredictability.

The Techiman-based side are not good travellers in the league. So far, Eleven Wonders have picked just three points on the road in 8 games. Their record stands at 5 defeats and 3 draws in away trips in the league and Coach Ignatius Fosu will need to find an antidote to this wobbly form.

Dwarfs are under pressure to win, while Wonders are eager to prove a point to avoid any entanglement in a battle for survival late on.

The game is will be broadcast live on StarTimes Adepa Channel 247 on Friday, April 9, 2021

Ebusua Dwarfs enter this game on the back of a painful defeat to rivals Elmina Sharks last week. The game was headed for a draw until a calamitous howler in the 86th minute by Goalkeeper Razak Issah which resulted in a penalty. Sharks converted and eventually won the game.

Aside that, Dwarfs have won just one of their last 5 matches, a poor run they need to halt.

Their record stabds at one win, one draw and three defeats in their last five games.

Eleven Wonders on the other hand have a better record when compared to their opponent. They have recorded 2 Wins, 1 draw and 2 Defeats in their last 5 games.