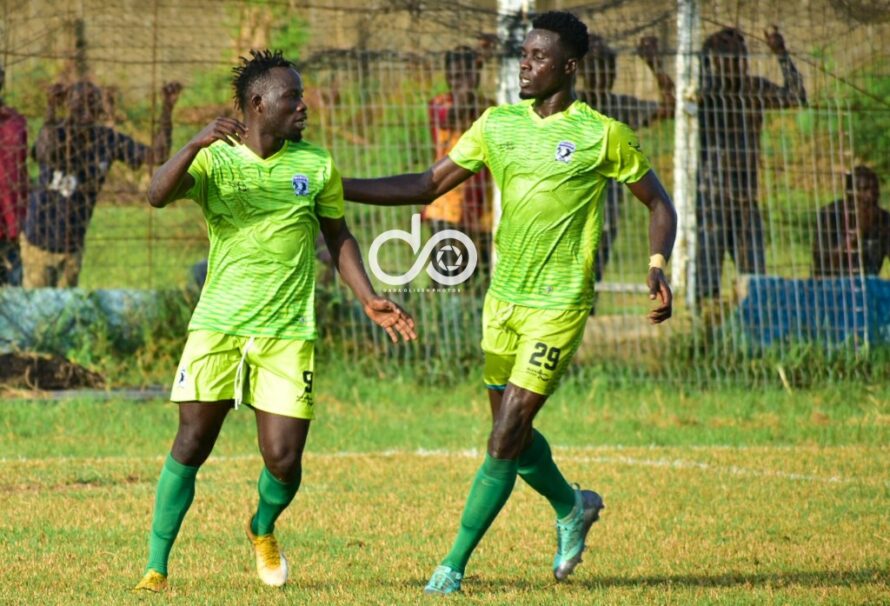 Bechem United made sure of their home invincibility when they came back from a goal down to secure a 3-1 win over Eleven Wonders.

The two teams kick started what has been dubbed derby weekend in the Ghana Premier League Match Week 11.

Bechem United went into the game with an unbeaten home record to protect although they had failed to win in their last 4 games.

The job got harder for the home side when after 20 minutes in the first half, they conceded the first goal of the game.

Eleven Wonders forward Samuel Boakye tapped into a gaping net to open the score to pile more pressure on Bechem. Try as they did, the home side failed to net that much sought after equalizer with the first half ending in favor of the away side.

Back from recess, Bechem United Coach Kwaku Danso made some changes to his team in a bid to rescue something from the encounter.

The much needed breakthrough will come after 75 minutes when the home side were rightfully awarded a penalty. Second half substitute Emmanuel Boakye Owusu stepped up and delivered the spot kick expertly to restore parity.

The leveler injected much verve into the home side’s game as like possessed beings they marauded the away team’s danger area.

They will get the leader 9 minutes later when top striker Hafiz Wontah Konkoni fired in with his left foot inside the penalty box.

Bechem were not done yet and another second half substitute Listowell Amankona made it 3 to cement what was their 4th home win and also extend their unbeaten run at the Fosu Gyeabour Park.

The win elevates Bechem United back to the top of the table with 19 points; having a point more than second place Karela United who have a game in hand.

For Eleven Wonders, they are still stuck on 12th on the league log with 13 points. Their position can change though depending on results from the other games.