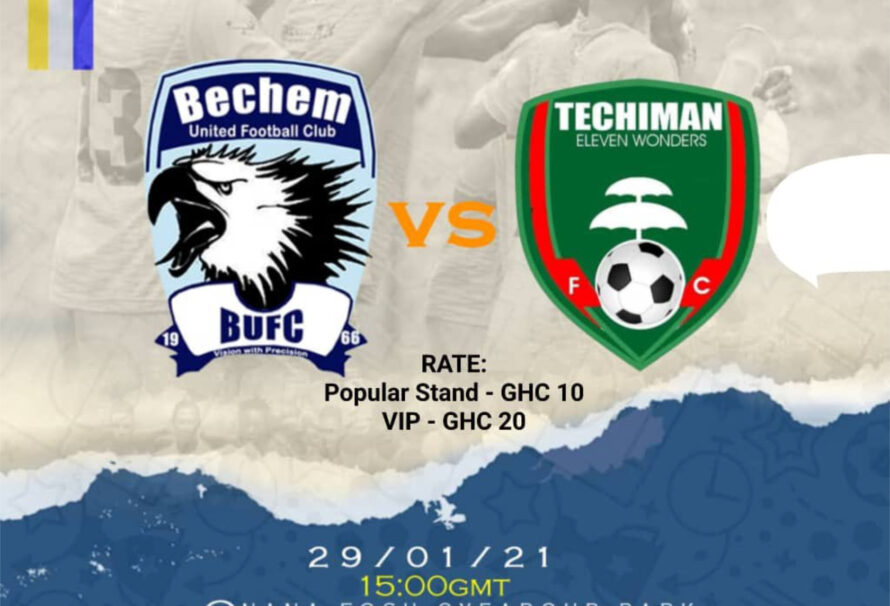 Its derby weekend as Match Week 11 of the ongoing Ghana Premier League season gets underway on Friday. The action starts with a visit of Techiman Eleven Wonders to Bechem United’s Nana Fosu Gyeabour Park.

Despite their patchy run in the last four games (2 draws and 2 losses), Bechem United have an unbeaten home record to protect when they face a tricky Eleven Wonders side.

In a total of 5 home matches, Bechem’s record stands at 3 wins and 2 draws while keeping 2 clean sheets in the process.

There is a bit of a concern though as the home side have failed to win any of their last 2 matches. They have been restricted to 1-1 draws by visiting Dreams FC and King Faisal during this period and Coach Kwaku Danso will be expecting an end to such a streak when Wonders visit on Friday.

Eleven Wonders, under Ignatius Osei Fosu seem to have cooled off after their surreal start to the campaign. After going unbeaten in their first three away games, they have lost their last two on the road failing to score in both matches.

Their home form remains impressive though, with 2 wins in last 2 games. They will hope to transfer some of this perfect home run  into away matches if they are to get anything positive from this encounter.

Perhaps, Eleven Wonders can draw inspiration from the last time they played as the away side against a regional rival. That was in a 1-1 draw with Aduana Stars at Dromaa.

The game will be live on TV via StarTimes Channel 247

Bechem Last 5 Games: LDDLW
Bechem’s ill form in recent weeks has seen them pick just 2 points from their last 4 games. They have since dropped down the league standings from 1st to 6th although they have the same number of points as 2nd placed Hearts of Oak.