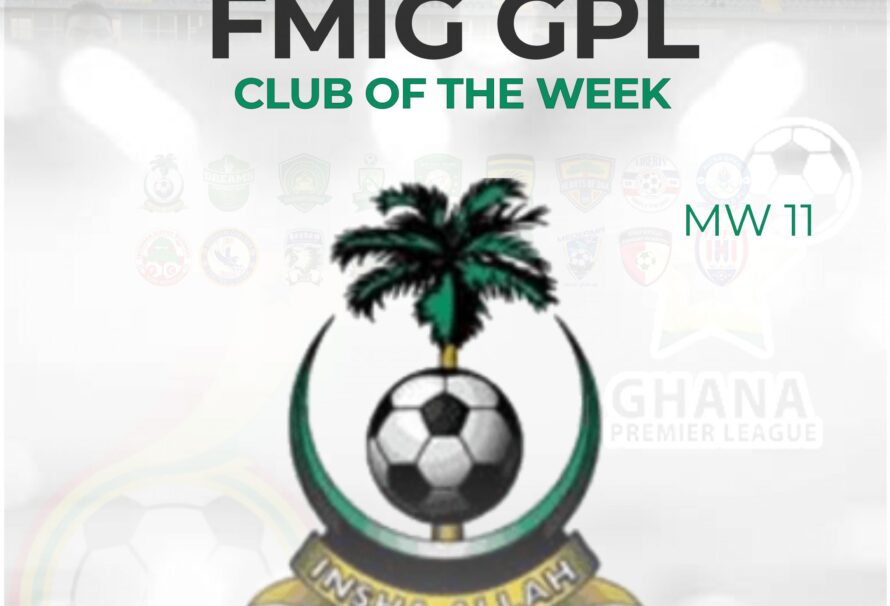 Comeback kings King Faisal have been named as FootballMadeinGhana’s club of the Week for the ongoing Ghana Premier League week 11 games.

King Faisal recorded the shocking result of the weekend when after going down 3 nil in the first half to Berekum Chelsea, they rallied themselves back into the game with a stupendous performance in the second half.

When all hope seemed lost, Kwame Peprah who’s Faisal’s top striker inspired a comeback not just to claw back into the game but also win all available points.

Peprah netted a hattrick as King Faisal won the game 4-3 eventually. The result served as a major boost in their survival bid.

For their highly commendable efforts, FMIG finds it appropriate to name them as the Club of the Week.