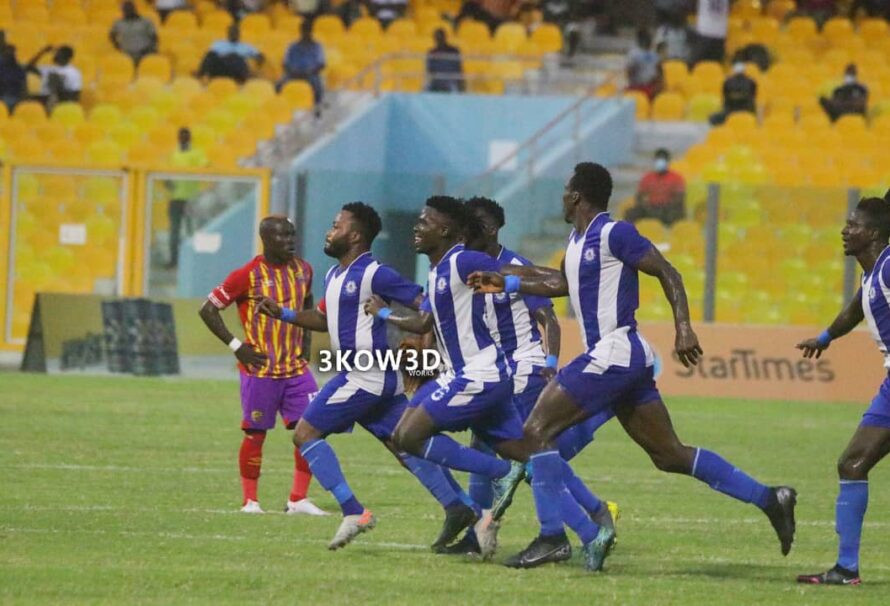 Olympics have been dealt with a huge blow following the news that two of their key players will miss the matchday 12 of the Ghana Premier League on Tuesday.

Skipper Gladson Awako and Michael Otuo will not be an action on Tuesday when the Dade boys host  King Faisal at the Accra Sports Stadium.

The two will sit out of the game due to accumulation of  three yellow cards in the ongoing campaign.

The absence of the duo comes as a huge blow for Yaw Preko who count heavily on the two players since taking over the club.

Awako has taken the league by storm scoring five and assisting three so far and also winning the Player of the month for December award in addition.

Otuo on the other hand has won the NASCO man of the match two times since the beginning of the season.

The duo played a huge role in Olympics  0-2 win over Hearts of Oak in the ‘Capital Derby’ and their absence will surely be felt on Tuesday..