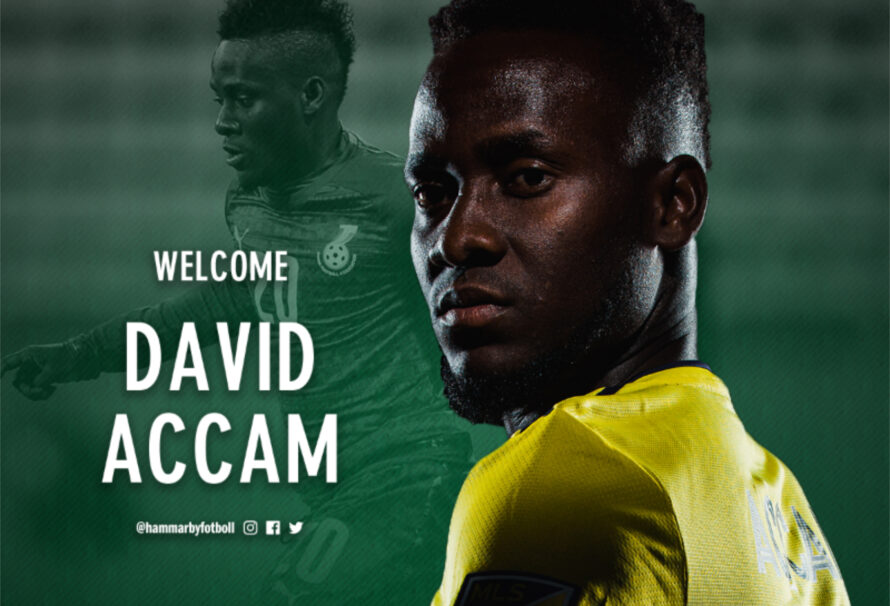 Director of Football for Swedish club FC Hammarby, Jesper Jansson has revealed the reason behind the club’s signing of Ghanaian striker David Accam.

Accam sealed a return to Swedish football after six years following a loan move to Hammarby. Hammarby has an agreement with Accam’s current club Nashville SC in the MLS on a loan deal that will run for the 2021 season, with an option for another year.

The player re-unites with Jansson after working together at Helsingborgs IF in 2012. Jesper Jansson has now shared the reason behind recruiting the services of the Ghanaian attacker.

“David contacted me last autumn and wanted to make a restart in Europe after six seasons in MLS. Having the opportunity to bring in a quality player like David under the conditions we have agreed with Nashville, MLS and David feels fantastic. The arrangement with loans and option solution is based on David wanting to build himself in a new and safe environment. Hammarby takes no risk in this, but only has the opportunity to bring in additional leaders to an already very good squad,” he said.

David Accam made his entry into Swedish football via Östersunds FK in 2012. The same summer he went on to Helsingborgs IF where Jesper Jansson was then sports director. There was a great success – among other things, Accam finished second in the race for top scorer in 2014 with 17 goals in 23 started matches.

“I know David very well both as a player and as a person, and if we can lift him to the level he has in him, we get a quality player who will contribute a lot both on the field and in the group. We believe that he can add another dimension to our offensive game, and we are convinced that he will make a strong role model, especially for our younger African players. With the advantageous agreement structure, we have plenty of time to get David in shape, and also to evaluate the future option during the spring,” Jesper Jansson concluded.