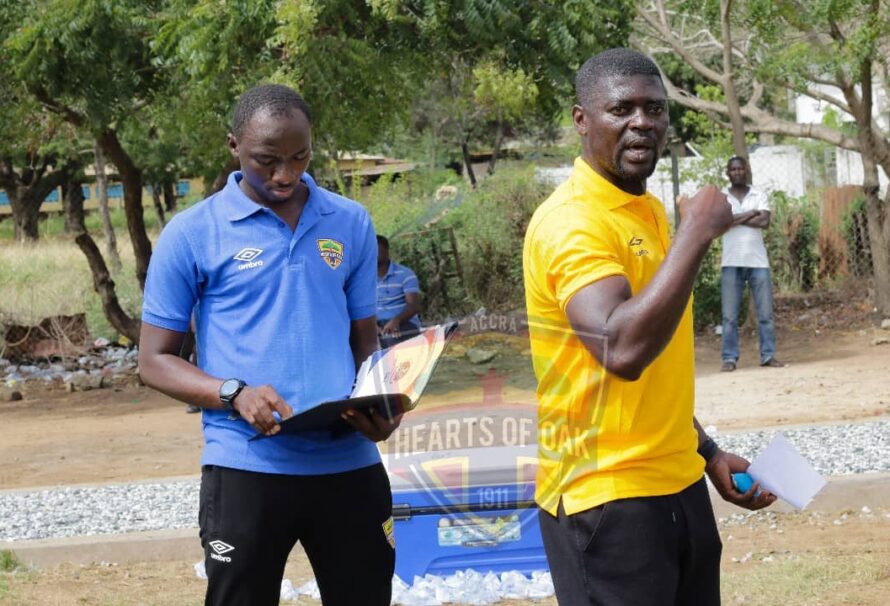 Newly appointed Hearts of Oak SC deputy trainer Hamza Mohammed says he is happy to join the club after sealing his move to the Ghanaians giant.

The 30-year old tactician signed a three-year deal with the club after ending his spell with Medeama.

Hamza joined Hearts of Oak  to deputize Coach Samuel Boadu whom he worked under in Medeama SC for close to three seasons.

Speaking to the club’s communication team, the young tactician expressed his delight after reuniting with his former Boss.

“I am overwhelmed being part of the family as you know in football what I have being taught is that success does not come working alone, it comes working as a team”

READ ALSO:  " We can win the league" - Johnson Smith insists

“So once am here I am here to help my boss and the entire playing body as well board and management of the club to build one team, and go in for the ultimate thus the Premier League trophy”, he told Accra Hearts of Oak media.