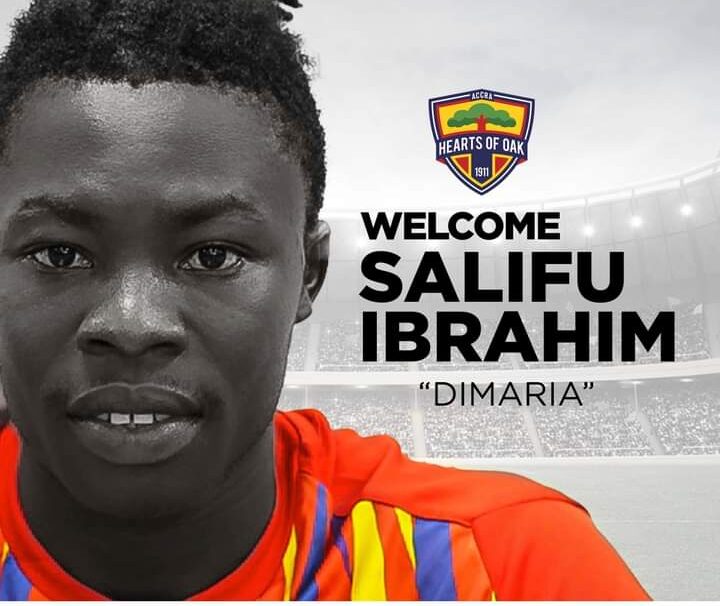 Hearts of Oak have announced the signing of Eleven Wonders midfielder Ibrahim Salifu in the ongoing transfer window.

The midfielder signed a three-year deal with the club after a successful negotiations with his club.

Salifu Ibrahim is one of the standout performers in the ongoing 2020/21 Ghana Premier League season.

His consistent performances for Eleven Wonders earned him a place in the Black Stars squad for the upcoming AFCON qualifiers against South Africa and Sao Tome.

The midfielder is expected to make his debut for the club on Sunday when they face  their rivals Asante Kotoko.