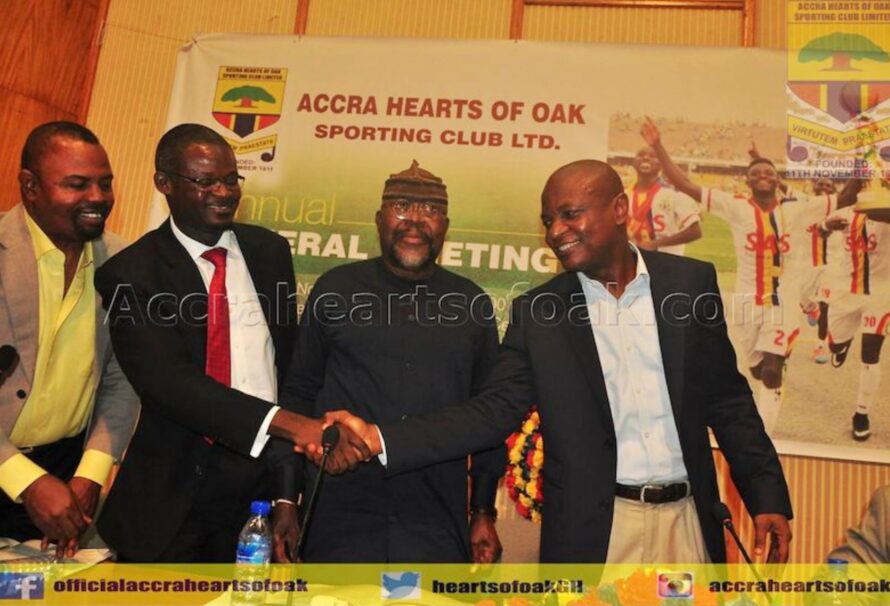 Accra Hearts of Oak’s Board have issued a clear-the air-statement on current happenings within the club.

There have been growing agitations on the mass resignations at the club this week. Serbian Coach Kosta Papic voluntarily resigned from his role on Tuesday and this was followed by that of Goalkeeper’s Coach Ben Owu.

Subsequently there have been reports (albeit unconfirmed) that Team Manager Nii Sabahn Quaye has also been dismissed from his role.

However, after an emergency meeting, the Hearts Board have released a statement to clear the air. Present at the meeting were Board Chairman Togbe Afede XIV, members Dr Nyaho Tamakloe, Justice Ivy Heward-Mills, Alhaji Akanbi, Jonas Djanie, Frank Nelson Nwokolo and Supporters Chief Elvis Heman Hesse.

The board stated the facts concerning the resignation of Kosta Papic, subsequent engagements with the playing body (25 players) and the way forward for the club as things stand.

READ THE FULL STATEMENT BELOW