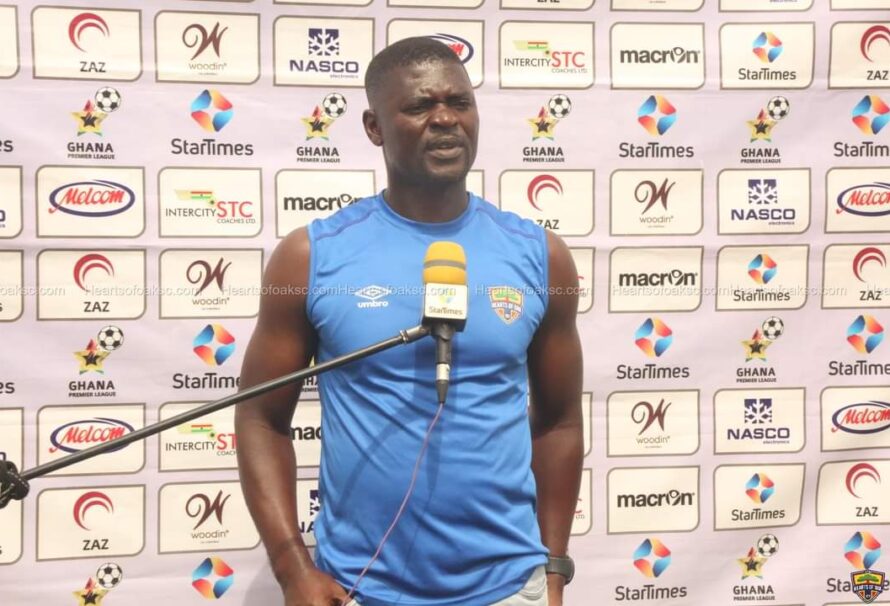 Hearts of Oak coach Samuel Boadu has blamed his side’s draft to to Dreams FC in the Ghana Premier League matchday 22 as a results of numerical advantage.

The Phobians were reduced to ten men in the second half after defender Nuru Sulley was sent off.

Dreams took advantage of the sending off and immediately took the lead through Ali Huzaif.

Ibrahim Simba took advantage of a defensive error late in the game to make it 2-0 for the home team.

Speaking to the media after the game, the coach cited Nuru Sulley’s sending off as the cause of his side’s defeat.

“We have to take it like that, there are three things in football, it’s either you win, lose or draw,” he said in the post-match interview.

“We are going back home to correct the mistake we made in conceding these goals,” he added.

“We were playing well but unfortunately we had a red card and it also affected us in our play. Our transition and everything change.

The last goal was very bad but I am not disappointed. They did well, play to satisfaction but missed chances, unfortunately,” Boadu concluded.