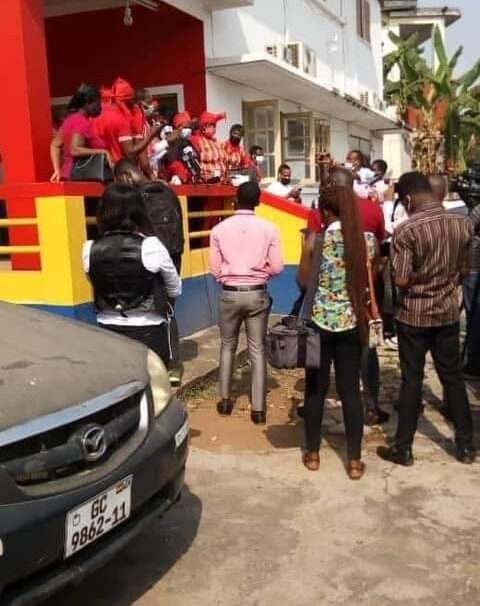 Hearts of Oak supporters have locked up the club’s Secretariat as they protests to show their displeasure with the happenings at the club.

The Aggrieved fans stormed the club offices on Wednesday and took over the building blocking the officials and administrators of the club  from entering.

The fans led by Supporters Chief Elvis Herman Hesse laid certain demands to the Board and majority shareholder Togbe Afede XIV which must be acted on immediately.

The fans are demanding the dismissal of a member of the board of the club, Alhaji Akambi.

They are also demanding reconstitution of the club’s board of directors and an emergency meeting with Togbe Afede, the club’s biggest shareholder of the issued shares.

There are also calls for the appoint of a local coach and a Chief Executive Officer.

The fans have given the Board up to a week to respond to the demands or face their wrath.