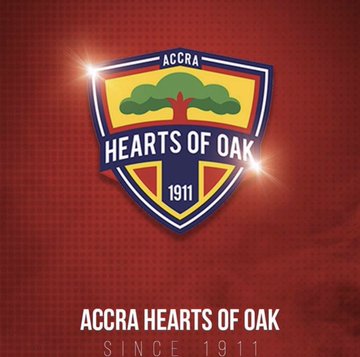 Champions Accra Hearts of Oak will be smiling away with close to $42,000 as their prize money for winning the Ghana Premier League title.

The Phobians, with a game to spare, have emerged winners of the Ghana Premier League title after a pulsating 1-1 stalemate with Liberty Professionals at the Accra Sports Stadium on Sunday.

The title becomes the 21st for the Phobians as they walk away with the $42,000 prize money.

The Phobians will also walk home with 40 gold medals and GHS 10,000 voucher worth of groceries from Melcom Shopping Center.

A goal each in each half for both sides ensured the game ended 1-1 with Daniel Afriyie’s opener in the first half cancelled by Kwame Paul in the second half.

Despite a slow start to the season with inconsistencies in their technical department, the Phobians have successfully clinched the title maintaining a 14-game unbeaten run.

The title becomes their first in 12 years, spelling a historic achievement for head coach Samuel Boadu.

The Phobians will now represent Ghana at the CAF Champions League next season after over almost a decade missing the continental championship.

Hearts of Oak’s last success in Africa was winning the CAF Confederation Cup in 2004 where they beat Asante Kotoko in the finals to win the maiden edition of the trophy.