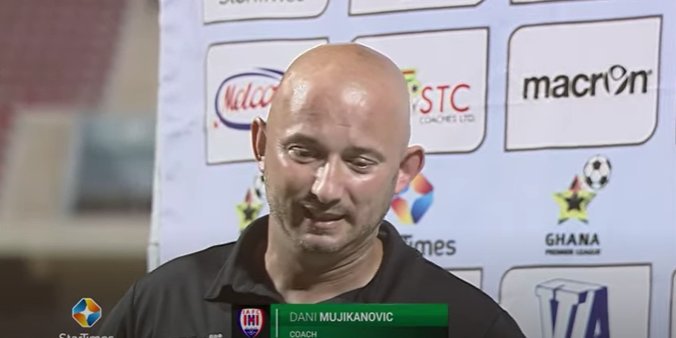 Inter Allies coach Dani Mujkanovic has hailed the performance  of his players despite the defeat to Asante Kotoko on matchday 12 of the Ghana Premier League.

The bottom club  lost to the Porcupine Warriors through a Naby Keita second-half penalty.

Speaking to the Media after the game, the coach , the Croatian trainer who’s yet to win a game since taking charge of the club says he’s proud of the character showed by his players on the day.

“It’s a really hard one. I am proud of my players, they went down and really gave their whole heart out there, they really died with their boots on,” he said in a post-match interview.

“For me, we didn’t have too much of the ball today but we knew that. We were going for the transitions today and we were strong defensively and we could be a little better offensively,” he added.

“But I feel like, I don’t know if it is a penalty or not but the mistake was not going up to defend the first ball. So after 65 minutes, we made a big mistake. I feel my guys did all they could today, and we deserve better.”

Inter Allies will next host Ebusua Dwarfs at the Accra Sports Stadium on Friday.