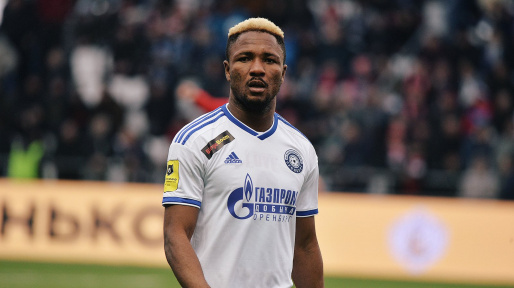 Orenburg attacker Joel Fameyah was handed a debut start in Ghana’s 1-0 defeat against Morroco in an international friendly game on Tuesday.

The attacker was named in the starting line up alongside Jordan Ayew and Samuel Owusu in attack.

Fameyeh put up a great performance on the day despite not getting his name on the score sheet.

He was substituted on the 79th minute for Andre Ayew as Ghana chased for the equalizer.

Fameyah scored 11goals for FC Orenburg to help them secure qualification to the Russian top-flight League.