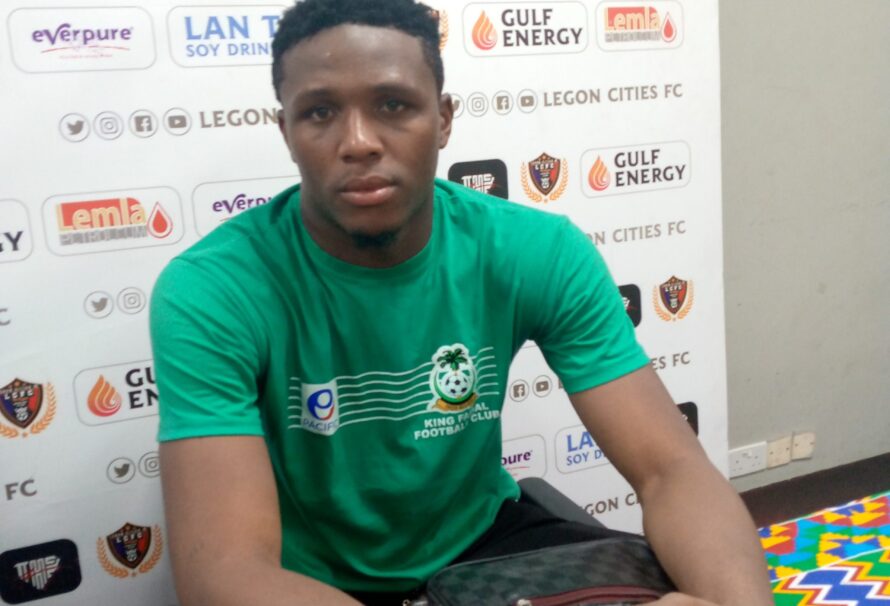 King Faisal goalkeeper Kaisan Yuisu is optimistic the club will not be relegation candidates following their 1-1 draw against Legon Cities.

The Insha Allah boys drew 1-1 with Legon Cities at the Accra Sports Stadium on Monday picking their second point on the road.

But speaking to FootballMadeInGhana.com on his side’s chances, Kaisan insists there’s nothing to fear and the club will very soon move out of their current position.

” It was a game we could have won. We were the better team but  we couldn’t utilitilze our chances which made them came at us in the die embers of the game.

“For me our position on the league table is not a big deal. If you look at our performance in the previous games clearly the team is improving game after game. Very soon we will move out of the danger zone.” He added

King Faisal will have to wait two weeks before returning to Premier League action following the postponment of their game against Asante Kotoko.